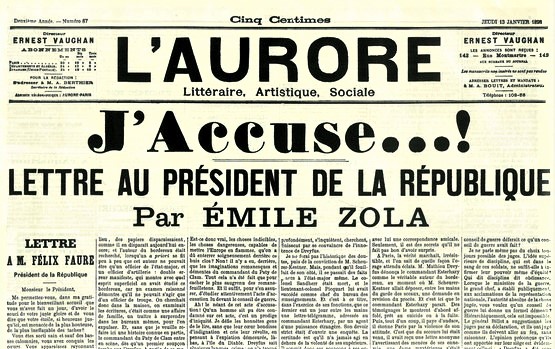 
Forgive me,
is all that you can’t say.
Years gone by and still
words don’t come easily,
like forgive me, forgive me.
Tracy Chapman

The World Press Freedom Day on the 3rd of May is an occasion for celebrating humanity. Language enables us to transmit our thoughts in sound – a means of communication developed through our unique brain, combined with our capacity to control lips, tongue and other components of the vocal apparatus. Over time, humans have also acquired skills to commit our language to writing.

Since language is the basis for human existence, it is particularly painful when we are denied expressions of thoughts and feelings. Not being listened to, abused and told to: “Shut up!”, make us suffer from being denied equal access to human fellowship. We are herd animals, a sense of belonging and freedom to express ourselves is essential for us all. This is probably the reason to why words in so many cultures are considered to be sacred – worthy of respect and even veneration. Several societies condemn verbal abuse and most religions consider lying to be a grave sin.

Generally, it is written words which are considered to be particularly sacred. However, these sacred words have often a spoken tradition behind them. Several sacred scriptures have been recited long before they were written down. In 1960, the Malian author Amadou Hampâté Bâ stated in a speech at UNESCO’s headquarters in Paris:

“It is our duty to safeguard our inherited oral tradition, to try to transmit whatever we can of it before time and oblivion cause it to disappear from human memory. […] I concede that several of the world’s human inhabitants are illiterate, but I do not concede to you that they are ignorant. […] I remind you that in my country, every time an old man dies, a library has burned down.”

This respect for the spoken word, particularly in the form of recitation, is reflected in many of the world’s sacred texts. For many Muslims the sound of Qur’anic chant is an immediate means of contact with the Word of God. The sound itself is considered to have a divine source. Participation in Qur’anic recitation as reciter, or as listener, becomes an act of worship. This respect for the spoken and written word may be one reason to why so many religions condemn lying. The Lebanese scholar Al-Ḥurr Al-cĀmili (1624-1693 CE) accurately stated “All the evils have been locked in a room and its key is lying.” In the Christian Bible, Jesus is quoted as saying: “But let your ‘Yes’ be ‘Yes’ and your ‘No’ be ‘No.’ Whatever is more than these is of the Evil One,” while Buddhist scriptures proclaim that the path to bliss and righteousness contain:

“Correct speech: Refrain from lying. Do not engage in gossip, misleading, hurtful, or loose speech.
Right intention: Your intentions should be based on kindness and compassion. Proper action: Refrain from harming living things. Do not take any statement for granted.”

Honest and exquisitely expressed words might slightly open the gates to an otherwise incomprehensible core of existence. Like art and music, words may enable us to glimpse the greatness of the Universe and perhaps even grasp some of its inner meaning.

In the Bible, God creates the world with words:

Most of us have a quite laid back attitude when it comes to expressing ourselves. After having used our words we tend to forget what made us utter them, that is if we do not consider them to be so significant that we decide to write them down. When such writings become “sacred” it means that they have gained an existence far beyond what one single person happened to say to another at a given moment. Such words often become Law, a solid foundation for a society’s existence and thus they obtain a decisive significance for an individual’s perceptions, thoughts and actions.

Apparently did writing develop independently in at least four ancient civilizations. Sometime in 3400 BCE in Mesopotamia, in Egypt 3200 BCE, in China 1200 BCE, and in the present Southern Mexico and Guatemala 500 BCE.

Written words were extremely important to ancient Egyptians. The Greeks called Egyptian characters hieroglyphs, sacred signs. Scribes were considered to convey the language of the gods and Thoth, the god of wisdom and maintainer of the Universe, was believed to possess a book that included the entire set of rules governing Cosmos. Written and carefully recited words empowered objects and sacred actions. Words were believed to enable the deceased to awaken to a new existence beyond death. Every sacrificed object – water, necessities of life, incense, and ornaments – was through sacred words charged with power. It was not only objects that through words were filled to the brim by force, the words themselves were also loaded with power, meaning that so called “word plays” endowed words and sentences with a wide range of meanings and allusions. A single word could thereby allude to objects, the deceased, gods and demons, forces and a large variety of powerful concepts and ways of thinking.

Mastering all this knowledge made the art of writing extremely difficult. Becoming a scribe required a long, tough education, which not only meant mastering the complex depiction/writing of words, the difficult grammar and underlying allusions, it also included learning rituals by heart, mythology, accounting, mathematics and geometry. All that was required not only to master religious obligations, but also administrative tasks. However, the reward was worth it. An Egyptian scribe escaped hard work under a scorching sun, did not pay taxes and reached high positions. Sometime 3,200 years ago, someone wrote on a papyrus a text he called The Happy Scribe:

“Is there anyone here like Hardedef? Is here another one similar to Imhotep? There is not in our time a Noferti, or a Cheti, foremost of them all. I ask you to remember a man like Pathemdjehuti, a Chacheperrasonb. Is there perhaps another one like Ptahhotep or Kaires? The gates and halls that were built for them have fallen into disrepair. Their mortuary priests do no longer exist. Their resting places are forgotten. But their names are still mentioned due to the books they wrote, because they were so beautiful. Those who wrote them, their memory lives on forever. Become a scribe! Put this into your mind, so that your name might become like theirs. A book is better than a burial chamber covered with writing, than a burial chapel never so well built. Become a scribe and live forever.”

For many later authors writing became a life-absorbing vocation, while several of them spent a lifetime searching for the right word. One of them, Gustave Flaubert, wrote:

”Whatever we want to convey, there is only one word to express it, one verb to animate it, one adjective to qualify it. We must therefore go on seeking that word, verb or adjective, until we have discovered it and never be satisfied with approximations, never fall back on tricks, even inspired ones. Or tomfoolery of language to dodge the difficulty.”

The right words have been found by vociferous writers and speakers, enabling them to inspire and empower people. You might think of Martin Luther King’s rousing speech:

”I have a dream that one day this nation will rise up and live out the true meaning of its creed. We hold these truths to be self-evident that all men are created equal.”

Bold journalists have with beautiful and adequate expressions dared to pinpoint injustices. Like Émile Zola when he in 1898 accused the French establishment of punishing the innocent Alfred Dreyfus:

”What they have dared, so shall I dare. Dare to tell the truth, as I have pledged to tell it, in full, since the normal channels of justice have failed to do so. My duty is to speak out, not to become an accomplice in this travesty. My nights would otherwise be haunted by the spectre of an innocent man, far away, suffering the most horrible of tortures for a crime he did not commit.”

However, many of these outspoken heroes of well-written and just words have had to pay for their honesty with their lives. Like the poet Osip Mandelstam, who under the bloody tyranny of Josef Stalin with a great poem dared to break the fearful silence of many of his fellow citizens:

We are living, but can’t feel the land where we stay,
more than ten steps away you can’t hear what we say.
But if people would talk on occasion,
they should mention the Kremlin Caucasian.

Dictators hate to be disclosed in all their nakedness; their stupidity, fears, disdain for others and raving violence. However, it is not only in dictatorships that unsung heroes of free speech are silenced, and even killed. In 2020, nearly seven out of every ten journalists killed lost their lives in countries “at peace” and an unaccounted number were threatened and abused, often due to investigations into cases of local corruption, organised crime, misuse of public funds and environmental misdemeanour. In 2020, Reporters Without Borders revealed that to their knowledge 50 journalists had been killed, 387 had been detained, 54 held hostage and four were missing. So, not only on the 3rd May let us pay homage to the guardians and heroes of the sacred word and express our disdain for all those who do not respect words; who cheat, lie, abuse, maim and kill to keep us all in ignorance and fear.