NEW DELHI, India, Jul 1 2021 (IPS) - In 2020, French President Emmanuel Macron announced plans for tougher laws to tackle what he called, “Islamist Separatism”, and a crackdown on “radical Islamists” in France, which he said were materializing through repeated deviations from the Republic’s values. To counter this, President Macron announced his plans to create a “French Islam”, a practise of the faith which would be regulated by the state. 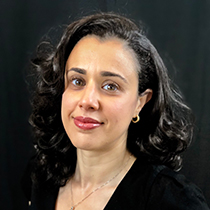 In February 2021, France’s National Assembly passed a controversial “Separatist Bill”, to reinforce the country’s secular identity. The draft legislation aims to address, “deliberate politico-religious projects leading to the creation of a counter-society and to indoctrinationation, running counter to French laws”. Ironically this legislation which is meant to protect constitutional values, including human dignity, gender equality has been critiqued for undermining those very values.

“Instead of responding with pragmatism, instead of bringing a rational response to a very difficult issue of radicalization and terrorism, we respond to these issues in a very emotional way, which is dangerous,” says French scholar and commentator Rim-Sarah Alouane in an interview to me.

“The law of Separatism has a list of amendments that will not only restrict civil liberty but also extend the law of 1905 on limiting religious freedom. This law is equal, it applies to everybody, but when you look at it, it will defacto affect Muslim groups,” says Rim-Sarah.

French officials insist the bill is not aimed at Muslims in France, but is against the reconstructed vision of a religion that behaves in a way contrary to the republic.

France has 5.7 million Muslims living in the country, one of the largest in Europe. This bill extends to what is known in France as the “neutrality principle”, which basically prohibits civil servants from wearing religious symbols, voicing political views and is extended to private contractors of public services.

“The groups that are in difficult positions will be in even more difficult positions due to such laws. Can you imagine, let’s say you work for a private company as a maid or as a garbage collector, you will have to be religiously neutral because your company has a contract with the state,” says Rim-Sarah.

Rights group Amnesty International called for the many problematic provisions of the bill to be scrapped or amended. “The proposed law would be a serious attack on rights and freedoms in France. It would allow public authorities to fund only organizations which sign a ‘contract of republican commitment’ – a vaguely defined concept which is wide open to abuse and threatens the very freedoms of expression and association the French authorities claim to stand for,” the statement said.

Recently there was an uproar in France creating serious public debate concerns over the prohibition of the use of religious symbols for parents picking up their children after school, accompanying them on school trips, and during national sports competition.

Although the bill does not clearly state Muslims or Hijabs, this impacts mothers who do wear hijabs (headscarfs) while accompanying their children. An amendment was made in 2004, which prohibited use of religious symbols in schools in France, though parents were excluded from this ban, only to be opened up again for discussion.

French officials have often championed this ban as a protection of the country’s “secular constitution” and a defence against the regressive Islamic attitude towards its women. Only failing to give freedom or even a choice to Muslim women living in France, to decide what they want to wear or not want to wear.

The “Don’t touch my hijab” movement in France had Muslim women protesting the hijab bans, calling it Islamophobic and a way to exclude Muslim women in the country.

“The niqab ban is to just an excuse to go after the Muslim visibility. Whatever you think about the Niqab, we all have an opinion on it, it doesn’t really matter. I think it’s a conversation that should be around Muslim women, and its not the state that should decide what is religious or not.

The threat to secularism is often emphasized, in the case of France, by questioning French Muslims apparent lack of integration into what the state believes to be French society. The debate over integration is essentially structured around compatibility of religion and national identity, which has also become a strong political tool in France, and more so recently also across Europe.

France was the first country in Europe to ban full-face coverings in public in 2011, however other countries in Europe still have partial or total burqa bans, including Norway, Denmark, Austria, Belgium, Bulgaria, Latvia. Earlier in March Switzerland passed a referendum banning full face coverings in public spaces. The consequence of such construction is that terrorism and the veil end up being situated on the same level of analysis as violence against European values and principles and “constructing Muslims in Europe as enemies of European societies.”

The exceptional nature of France’s secularism or laïcité’ is more than just a basic separation of the religious and the political, “it is a deep structural and ideological system unique to France and French history.” Liberté, égalité and fraternité are the safe-house of French identity, but you can’t have cultural unity without accepting cultural diversity. The very same French secularism that shouts for freedom, takes that agency away from individuals with multicultural identities. The problem is the assumption that the Muslim population in France might affect the French identity because it could challenge the very concept of laïcité’. The Separatist Bill which is being used to reinforce France’s tradition by discouraging religious viewpoints and identities is only creating a society which is isolating, dominating and excluding minority citizens in the name of upholding republican principles.

“We have more legislation being passed on restricting civil liberties in France. It is deeply concerning because we are passing laws that are directly restricting civil liberties, rights and freedoms. When it affects one group, at some point everybody will be affected. People don’t seem to realize that, because they feel it is to defy political Islam, to fight separatism, will be just for the Muslims basically, but the reality is once one group is tackled, others will follow. You know history. The moment you attack an individual on the grounds of who they are, you are attacking the very foundation of democracy,” says Rim-Sarah.

The author is a journalist and filmmaker based out of New Delhi. She hosts a weekly online show called The Sania Farooqui Show where Muslim women from around the world are invited to share their views. You can follow her on Twitter here.