The world is currently facing a devastating war with dire prospects for our global security. Men are waging this war while women seek peace and security for their families, communities and our global society. Women are give birth and nurture while some men actively seek death and destruction. This is one of the fundamental differences between the sexes which underpins patriarchy and generates inequality on many levels. Women and girls bear the brunt of this unbalanced approach to life. 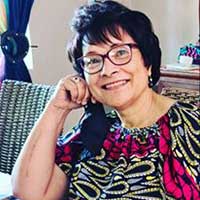 Women come to International Women’s day 2022 having fought, struggled, suffered, gained and lost with the COVID 19 pandemic deepening existing fissures across political, economic, social and technological spheres. All gender struggles were widened and deepened by the pandemic with violence against women being among the most pronounced. Gender inequality was the largest fissure that COVID 19 ruptured globally.

It was striking that the spike in violence against women was identified very early on in the pandemic with the Secretary General of the United Nations, Antonio Guiterres, warning about the risk of such a spike due to the shelter in place regulations required to stem the spread of the virus. The same call was made by the World Health Organisation. Yet, very little was put in place to provide women and girls with protection against the violence that inevitable occurred as a result of the lock down regulations. The world saw and pre-empted the violence but the political will to address it holistically and comprehensively was not there. Inequality was allowed to fester and grow.

The North South divide was striking in the loss of jobs, food insecurity, increased care burdens and, of course, the access to vaccines programme where the South has fought hard to get its populations vaccinated and virtually no promises by countries in the North materialised. Africa still has only 7% vaccine coverage with women the least likely to be vaccinated.

In South Africa 2,6 million jobs were lost with 2 out of 3 being lost by women. Jobs continue to be lost with large swarths of essential workers, mainly women, still being retrenched. The economic fall out is not restricted to these job losses but include the build back policies and programmes where the World Bank and IMF are re introducing Struggle Adjustment policies to countries forced to borrow money from them to counter the impact of the pandemic. There has been no genuine investment from the North to address poverty and inequality in these processes. Women are left wanting on all fronts.

Perhaps the biggest and most profound challenges to the women for the world are in the Climate change and environmental disaster movement as these intersecting issues are amongst the most challenging sustainable development problems of our current times because so many aspects of human rights are eroded and lost especially for women and girls in marginalised communities. The first risk at the time of a natural disaster is that of violence to vulnerable communities as women and girls in those communities experience poor resourcing. Homes are lost, livelihoods affected, food security threatened and rapes become a reality for far too many women and girls.

Climate change and environmental disaster programmes continue to fail to apply a gender analysis to the disaster management initiatives and most do not take into account the lived realities of women and girls leaving them at continued great risk of various forms of abuse. This sets back development goals and create more barriers to eliminating gender based violence and achieving equality.

The world needs a comprehensive risk reduction framework based on a human rights approach that ensues that there are policies, programmes and resources allocated to comprehensively address the climate change and environmental disaster challenges.

There are several positive developments that offer hope and inspiration for the wellbeing of our global community but women and girls specifically. Young women activists from around the world are fighting for just transitions after environmental or climate change disasters. Their struggle for equal participation in rebuilding efforts is taking hold in Africa, South America, India and across other developing nations.

The gender-based violence movement has heard the voices of young women as they come to the fore in the #MeToo campaign, the Totalshutdown campaign and the #TimesUp campaign to name a few.

The Generation Equality forum, an initiative of UN Women, is also contributing in a significant way to get states from both the North and the South to make renewed commitments to addressing gender inequality by 2030. The Action Coalitions are global multistakeholder partnerships that are working jointly to catalyze collective action, initiate conversations intergenerationally from the local to the global level, while also eliciting increased resources mobilization from individuals, institutions and the private sector. These initiatives build on each other with the main aim being to secure significant changes for women and girls.

We must take heart from the fact that while women everywhere are experiencing multiple threats to their safety, their security and their overall wellbeing; advances are being made through actions small and large and we must celebrate these achievements on this International Women’s day 2022.