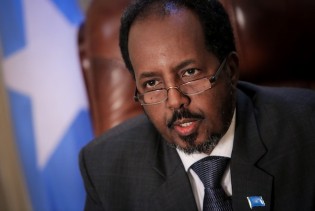 By Amy Fallon
On a Friday afternoon men wearing kamis — long white traditional robes — climb the steps to Somcity Travel, a small family business and travel agency in Kisenyi slum, in Uganda’s capital, Kampala. The agency boasts that they “fly all over the world” but to one destination in particular — Somalia.