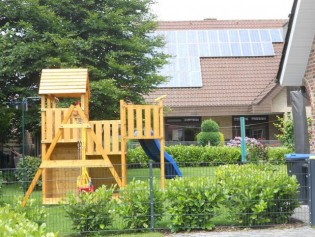 By Julio Godoy
Whenever hot water from the kitchen tap or the bathroom shower goes down the plughole, a substantial amount of heat energy goes with it. In some German buildings this is being recovered and used to heat buildings in the winter and run air conditioning systems in the summer, representing a real energy-saver.

By Jillian Kestler-D'Amours
Afnan Hamad stands proudly in front of a booth at the Ramallah Cultural Palace exhibition hall, three plastic bottles filled with discoloured liquid on the table in front of her.

By Marcela Valente
A joint project by the energy and agriculture authorities in Argentina is seeking to boost electricity generation from forestry waste and other rural products which have enormous potential, according to experts.