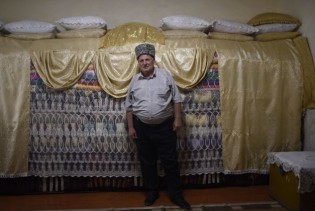 By Enzo Mangini
A Soviet-era 4x4 snores down the muddy road to the front line. It’s another foggy day in the flatlands east of the borders of the tiny and once autonomous region of Nagorno-Karabakh, sandwiched between Armenia and Azerbaijan.

By Gayane Abrahamyan
Increasingly the issue of domestic violence in Armenia is a topic for public discussion. Yet greater attention to the issue isn’t yet translating into an expansion of programmes to alleviate suffering and address policy shortcomings.