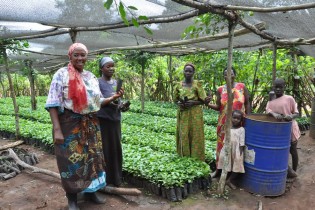 By Edgardo Ayala
Sitting in front of a pile of coffee beans that she has just picked, Ilsy Membreño separates the green cherries from the ripe red ones with a worried look on her face, lamenting the bad harvest on the farm where she works in western El Salvador and the low daily wages she is earning.

By Fred Ojambo
Uganda, Africa's biggest coffee exporter, is racing against time to boost its production of the crop by 60,000 tonnes, or one million 60-kilogramme bags, within the next three years. But some industry players believe that the feat is unattainable.
ADVERTISEMENT ADVERTISEMENT