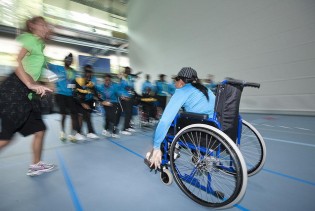 By Emina Ćerimović
Last week, I went to see the new flick “Love & Mercy,” about the life of Brian Wilson, a singer, songwriter, and the genius behind The Beach Boys. I hadn’t heard much about the film. In fact, I was expecting a summer movie about surfing and fun; The Beach Boys playing Kokomo, Good Vibrations, and Surfin’ U.S.A. on sunny California  beaches.

By Alisher Khamidov
As a child, Feruza Alimova dreamed of becoming a lawyer so she could help disabled people.