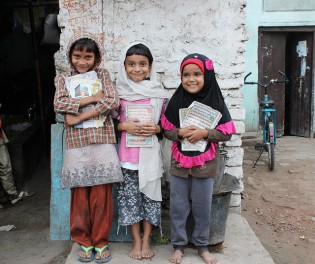 By Carmen Arroyo
Better and prolonged education can bring down high rates of illiteracy, sexual abuse and early marriage among girls.

By Thalif Deen
When Anoja Wijeyesekera, an aid worker with the U.N. children's agency UNICEF, received her new assignment in Taliban-ruled Afghanistan back in 1997, her appointment letter arrived with a "survival manual" and chilling instructions: write your last will before leaving home.

By Busani Bafana
On a wall in the Rio conference centre is an unusual, brightly coloured tree. It is made of sticky notes, arranged so that the tree's branches extend down and out. On these notes, delegates passing by the World Association of Girl Guides and Girls Scouts (WAGGGS) have been asked to write down the futures they envision.
ADVERTISEMENT ADVERTISEMENT