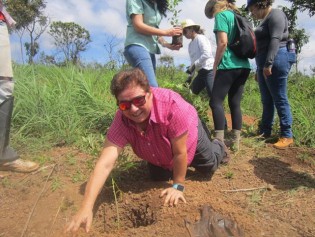 By Desmond Brown
Arthur Nibbs was known for his staunch opposition to sand mining in his homeland of Barbuda, a Caribbean island with dazzling white sand beaches that comprise most of its deserted coastline.

By Desmond Brown
Ordinarily they live for at least half a century. But at least 20,000 leatherback sea turtle hatchlings never made it past their nesting ground at Grand Riviere, a stretch of shoreline along Trinidad's north coast, in what's been described as "an engineering disaster" last weekend.

By Manipadma Jena
As scientists increasingly label desertification as one of the most burning challenges facing the world today, a small village in China’s semi-arid Northeastern region of Inner Mongolia is fighting back.
ADVERTISEMENT ADVERTISEMENT