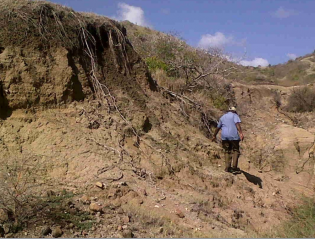 By Desmond Brown
Grenada is still tallying the damage after heavy rainfall last week resulted in “wide and extensive” flooding that once again highlights the vulnerability of Small Island Developing States (SIDS) to climate change.

Grenadian Fishermen on the Front Lines of a Rising Sea

By Desmond Brown
Grenada and its tourism-dependent Caribbean neighbours are thought to be among the globe's most vulnerable countries to the myriad impacts of climate change, especially coastal flooding due to natural disasters and storm surges.