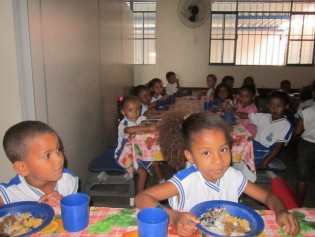 By Denis Aitken
The current international situation is characterised by financial and economic challenges that in one way or another affect most countries around the world. In this context there is an increasing call to modernise state institutions, private sector companies, and civil organizations, whatever their remit may be.

Less Hunger, But Not Good Enough

By José Graziano da Silva, Kanayo Nwanze, and Ertharin Cousin
Every year, we take a snapshot of world progress in the fight against chronic hunger. This year, the picture is looking better, but it’s still not good enough.