In this column, Andrew MacMillan, former director of the Field Operations Division of the U.N. Food and Agriculture Organization (FAO) and joint author with Ignacio Trueba of ‘How to End Hunger in Times of Crises’, argues that behind the so-called success of globalisation lie problems that are “taken for granted” and little thought is given to how it can be better managed to serve the interests of people.

ROME, Jan 13 2015 (IPS) - About a week ago my wife was taken to hospital and diagnosed with pneumonia. She was promptly treated with antibiotics and, wonderfully, is now on the mend.

What has struck me about this experience is not so much the high professionalism of the health workers or their up-to-date hospital equipment but the fact that she has become immersed in what can best be described as “a culture of caring”. 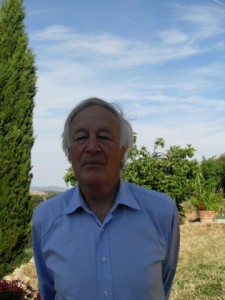 She and the other patients in her ward are looked after round the clock by an extraordinary team of state-employed nurses in a quiet, efficient and courteous way that inspires confidence.

I suppose that there is nothing particularly unusual about this. Caring for others is a very natural human trait. Everywhere, mothers care for their children; sons and daughters care for their aging parents; and neighbours rush to help each other when they hit problems.

Perhaps, however, “modern” societies – if one dares to generalise about them – are driven more by the quest for individual material wealth than by any widely expressed wish to do things for the general good of humanity.

Unless you live in Bhutan, your country’s performance is measured not in terms of the happiness of its people but by the growth of its Gross Domestic Product; bankers and businessmen reward themselves with salary bonuses rather than with extra time with their families; and those who enjoy the highest pinnacles of wealth vie with each other over the size of their fleet of private jets or the tonnage of their personal yachts.

The idiosyncrasies of the super-rich and celebrities would not matter much if they had not become the new role models for people who aspire to “do well” in life and if their wealth did not entitle them to a voice in the corridors of world power. It seems odd that Presidents and Prime Ministers flock each year in January to [the World Economic Forum in] Davos to rub shoulders with the rich and famous, but perhaps this is simply a tacit admission of the influence that the latter have.

“I believe that most people, at heart, want to see globalisation bring greater fairness and justice
even if this comes at the partial expense of our own material well-being”

Much of the recent material gains all around the planet is the result of the processes of globalisation that have successfully combined inventiveness, capital, low-cost but increasingly skilled labour and cheap transportation in new ways that have flooded the world’s markets with an amazing array of tantalising goods.

This apparent success of globalisation, however, may distract political attention from the idea that it could perhaps work better in everyone’s interest.

It seems absurd that 6 billion mobile phones have been produced and sold but 800 million people still go hungry every day; that, as people travel further, faster and more frequently, diseases such as Ebola spread more rapidly and more widely but the institutions responsible for protecting us from increased threats remain desperately under-funded; and that governments hesitate to upset their voters by acting to trim greenhouse gas emissions while, as predicted, the increasing frequency of extreme weather events is repeatedly wreaking havoc upon the unfortunate.

We tend to take these problems for granted rather than face up to the need to identify how to best manage globalisation in the interests of humanity.

I believe that most people, at heart, want to see globalisation bring greater fairness and justice even if this comes at the partial expense of our own material well-being.

I do not think that there are many people who, if asked, would want to see others starve for lack of food, who welcome greater weather instability or who think that it is right that their children should suffer from the environmental damage that results from our unsustainable lifestyles.

In a sense, President Lula of Brazil put this idea to the test during his successful 2002 campaign. Breaking out of the normal political mould, he did not promise his voters higher incomes but simply pledged that all Brazilians would enjoy three meals a day by the end of his term in office.

He unveiled his Zero Hunger Programme on his first day as President, with the State assuming the responsibility for assuring that all the poorest families in the country could fulfil their right to food. There was huge outpouring of popular support for his efforts to create the more just and equitable society that has now emerged.

What many of us would like to see is the emergence of a new international consciousness of social justice similar to that proposed by Lula and embraced by Brazilians twelve years ago.

It must be founded on a growing public recognition of the unique role that multilateral institutions have to play in ensuring that globalisation is harnessed to benefit all people, especially the poorest of the poor. It must also assure greater inter-generational fairness in the use of our planet’s scarce resources.

Nowhere is the need for greater fairness more apparent than in the realm of food management – where we face a crazy situation in which, though ample food is produced, the health of more than half the world’s population is now damaged by bad nutrition.

It is fitting that the Secretary-General of the United Nations, Ban Ki-moon, should have launched his personal “Zero Hunger Challenge” in Brazil in 2012 when he called for the elimination of hunger “within my lifetime”.

The fact that the current Director-General of the Food and Agriculture Organization (FAO) – the United Nations agency that that oversees global food management – is José Graziano da Silva, who was the Brazilian architect of Lula’s Zero Hunger Programme, inspires confidence that it will do all in its power to bring about a world without hunger.

We can already see a renewed FAO in action – committed to ending hunger and malnutrition, more focused in its goals, working as one and embracing partnerships for a better present and future. Four more years will allow Graziano da Silva to consolidate the transformations he has begun and realise their full effect to the benefit of the world´s poor and hungry.

Hopefully 2015 will be a year in which the world’s leaders will become the champions of the justice and fairness – the caring society that my wife has experienced – to which so many of us aspire.

At the very least, they should pick up the thought that, as in Brazil, it should be a perfectly normal function of any self-respecting government to ensure that all its people can eat healthily.