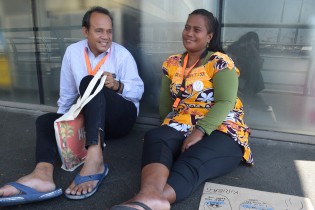 By Thalif Deen
When Secretary-General Ban Ki-moon visited Kiribati in 2011, he had "an unexpected insight" into the fear that stalks the Pacific Island nation.
ADVERTISEMENT ADVERTISEMENT