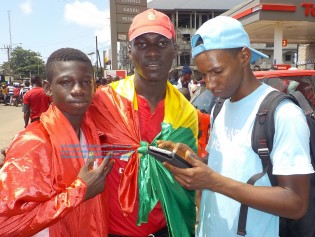 By IPS World Desk
Migrants as Messengers is a peer-to-peer messaging campaign by the International Organization for Migration (IOM) where returning migrants share with their communities and families the dangers, trauma and abuse that many experienced while attempting irregular migration.
ADVERTISEMENT ADVERTISEMENT