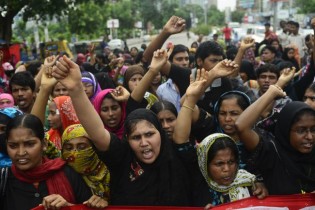 By Cydney Hargis
A landmark court decision this week has challenged the controversial existence of unpaid internships, highlighting calls for greater clarity on the legal definition of an internship.

By Matthew Charles Cardinale
During his State of the Union address earlier this year, U.S. President Barack Obama spoke about the need to increase the federal minimum wage, which Congress has not voted to raise since 2007.
ADVERTISEMENT ADVERTISEMENT