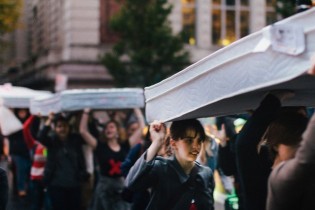 By Jim Lobe
Delegates to this week’s annual meeting of the World Health Assembly (WHA) in Geneva should agree on an ambitious agenda to sharply cut the rate of newborn deaths and stillbirths over the next two decades, according to maternal and infant health experts.

By Jim Lobe
The gap in health standards between the world’s poorest countries and the more advanced middle-income nations could close by the year 2035, according to a major new report published Tuesday by Britain’s The Lancet medical journal.

By Sudeshna Chowdhury
Kevin’s Carter’s disturbing picture of the 1993 famine in Sudan won him a Pulitzer Prize.
ADVERTISEMENT ADVERTISEMENT