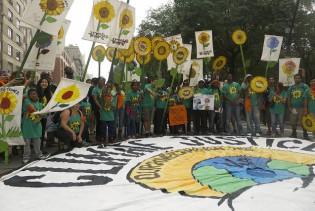 By Emilio Godoy
Non-governmental organisations are urging the United Nations Human Rights Council to demand explanations from the Mexican state for the weak protection it provided its citizens from large-scale spying by the United States.

By Gustavo Capdevila
The first woman to preside over the United Nations Human Rights Council, Uruguayan diplomat Laura Dupuy, has made it with flying colours through one of the periods of greatest tension and conflict since the council replaced the U.N. Commission on Human Rights in 2006.
ADVERTISEMENT ADVERTISEMENT