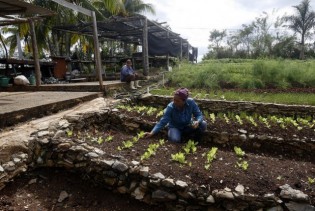 By Fabíola Ortiz
You do not need to live in the countryside to grow vegetables, as hundreds of thousands of people involved in urban agriculture from Havana to Buenos Aires know very well. Now they are being joined by residents of Rio de Janeiro’s “favelas”.

By Inés Benítez
The economic crisis is fuelling the search for less individualistic ways of life in Spain, and a growing interest in urban agriculture has given rise to flourishing community gardens on vacant lots in cities and towns.
ADVERTISEMENT ADVERTISEMENT