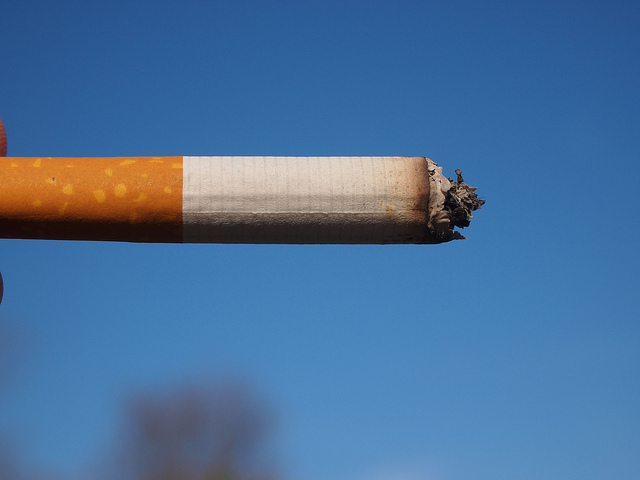 UNITED NATIONS, Jun 2 2012 (IPS) - Lawsuits from major tobacco corporations challenging anti-tobacco policies all over the world underscore the ever greater need for a global crackdown on tobacco use, for the sake of both public health and global development goals.

The World Health Organisation (WHO) highlighted this situation when it chose “industry interference” as the centrepiece of its anti-tobacco campaign this year for World No Tobacco Day, observed annually on May 31.

The WHO has taken a “bold stance” in a bid to stop the tobacco industry’s attempts to undercut steps to improve public health, John Stewart, senior international organiser of Corporate Accountability International (CAI), told IPS.

“Tobacco and poverty create a vicious circle, since it is the poor who smoke most and bear the brunt of the economic and disease burden of tobacco use,” said United Nations secretary-general Ban Ki-moon in his address on World Tobacco Day.

Tobacco kills nearly 6 million people each year. It will kill up to 8 million people per year by 2030, of which more than 80 percent will live in low- and middle-income countries, according to the WHO.

Many countries have taken steps towards kicking a lethal global habit, and the Global Tobacco Treaty (formally known as the WHO Framework Convention on Tobacco Control, or FCTC) is a crucial tool in the struggle. If fully implemented, it could save more than 200 million lives, Stewart told IPS.

Ahead of global tobacco treaty meetings to be held in Seoul in November, groundbreaking policies in Australia and Uruguay have been lauded as positive steps towards reducing tobacco consumption.

Health warnings must now cover 80 percent of cigarette packages in Uruguay and each brand is permitted only one design per package. Australia has gone further still, implementing a policy of plain packaging in an attempt to de-glamorise the appeal of smoking.

In response, the tobacco firm Philip Morris International has declared the policies “excessive” and filed a lawsuit at a World Bank affiliate, seeking unspecified damages for lost profits.

“While governments and the international health community try to implement effective measures to contain tobacco use and protect the health of people, their efforts are being aggressively opposed by an industry whose products kill people,” said Ban, noting big tobacco’s aggressive attempts to derail public health initiatives.

The prospect of lengthy and expensive lawsuits threatens to become an effective deterrent to anti-tobacco policies of the type pioneered by Australia and Uruguay.

The Marlboro Man awards, part of CAI’s Challenging Big Tobacco campaign, are a mock celebration of governments’ failures to stand up to the tobacco industry

By buoying big tobacco’s litigation campaign, some countries, including the Netherlands, Indonesia, Honduras and Ukraine, qualify for nomination in this year’s awards.

Yet Ukraine doesn’t have any trade with Australia, Stewart pointed out. “It seems a pretty obvious case of the industry somehow influencing the government of the Ukraine to do their dirty work for them.”

Given the increasingly aggressive and manipulative tactics taken by big tobacco, public health policymakers and anti-tobacco campaigners have little trust in the industry.

But others believe in the possibilities of reining in corporate giants and challenging them face to face.

“The industry can’t be painted with one brush stroke,” said Scott Ballin, a health policy consultant and former vice president for public policy and legislative counsel at the American Heart Association.

“There is a need to think from the standpoint of what the companies could do if they wanted to – for instance, stopping the production of tobacco tainted with other products, cracking down on smuggling and raising standards,” Ballin told IPS.

From this perspective, dialogue can’t be ruled out. Ballin suggested “challeng(ing) these companies and forc(ing) them to develop the products that technology says can be developed. This will move people away from cigarettes to using low-risk products,” he said.

According to CAI’s 2012 report “Cutting through the Smoke”, tobacco giants have and continue to operate a shamelessly exploitative marketing strategy in the developing world.

Faced with dropping sales in the U.S., UK and European markets, big tobacco has turned to consumers in the developing world to bolster cigarette sales.

For the past seven years British American Tobacco Nigeria (BATN) has been utilising underground parties held at secret locations in Lagos to attract hip Nigerian party goers with the allure of free fun.

Environmental Rights Action Nigeria, a Nigerian advocacy group dedicated to the defence of the human ecosystem in terms of human rights, has worked tirelessly to bring the Global Tobacco Treaty into force in Nigeria.

But big tobacco skirts regulation with these smoking parties, advertised online or by word of mouth, Kellett added.

These corporations’ exploitation of alternative regulatory contexts in emerging countries like Nigeria worsens the already tarnished image of the industry. It exemplifies one of several points of conflict between big tobacco and the Global Tobacco Trade Treaty.

Ballin suggested that “the best way to find a path forward is to sit down with the stakeholders”. But as tobacco companies’ underhanded marketing strategies transgress the boundaries of international law, anger and suspicion overtake the landscape, transforming it into a battlefield.