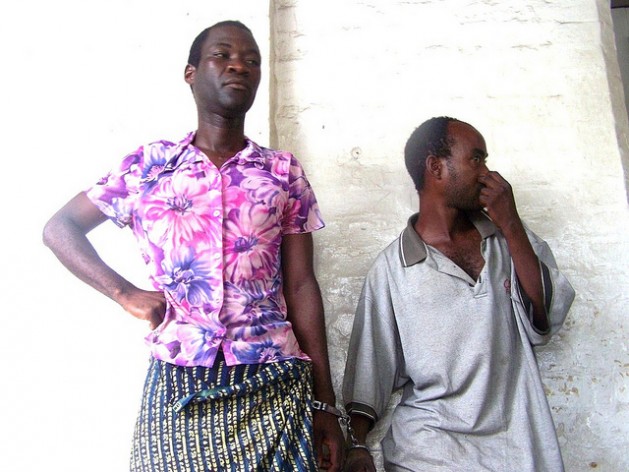 Jun 14 2012 (IPS) - At a news conference shortly after she was sworn in as Malawi’s president, Joyce Banda announced her government’s intention to decriminalise homosexuality. It is unclear how she will achieve this, but the move is in stark contrast to the approach of her predecessor, Bingu wa Mutharika, who openly condemned it.

In a region in which lesbian, gay, bisexual and transgender (LGBT) rights have often been rejected in the name of traditional values, Banda’s stance is bound to attract attention. Hopefully, it will bring about some rethinking of policies that discriminate against LGBT people and often even criminalise homosexual practices.

In fact, Banda has taken a series of brave stands since she took office. Her refusal last week to host the African Union summit in July because the AU insists on having President Omar al-Bashir of Sudan there, despite his outstanding arrest warrant from the International Criminal Court, is just one of them.

And amending LGBT rights is another indication of her determination to lead Malawi back onto the path of being a forward-looking democracy and a state that respects universal human rights and global bodies such as the ICC over and above parochial interests.

Banda, the former vice president, inherited a grim economic situation when she took office in April, the first woman to become a head of state in the southern African region. Soon after taking office, she announced that she intended to repeal repressive laws and policies, some of them passed under Mutharika’s rule, including the laws criminalising same-sex acts.

The repeal of these repressive laws would be good news for Malawi and for Africa. It would not only spare members of the LGBT community the fear of prosecution, but would also negate the legitimisation of violence, abuse, and discrimination based on sexual orientation.

It would also be the first time since 1994 that an African country has repealed anti-LGBT legislation, and would add renewed impetus to global efforts toward decriminalisation of same-sex conduct.

How then will Banda’s announcement be viewed by other African leaders? Coming as it does just before the AU Summit on Jul. 15 and 16, Banda’s decision may reignite the discussion of traditional values, in a desperate attempt by some to reverse progress made through years of activism and international jurisprudence. Such a move should not be allowed to take hold.

Under Mutharika’s rule, the situation in Malawi was quite different. In April 2010, Malawi authorities arrested and prosecuted Tiwonge Chimbalanga, a transgender woman, and Steven Monjeza, a man, after a local newspaper published pictures of their “engagement party.”

After an international outcry, Mutharika pardoned the two on “humanitarian grounds” but said the couple had committed crimes against Malawian tradition and culture. To underscore the point, in December 2010 the Malawian parliament extended existing laws criminalising same-sex acts between men to include same-sex acts between women.

Mutharika died in April after eight years in office that did little to address the corruption and poverty in Malawi, one of Africa’s poorest countries. During 2011, as the economic situation deteriorated and public grievances grew, the government became increasingly repressive. On Jul. 20, police fired on a demonstration, killing 19 people and wounding dozens more. Hundreds were arrested.

Although sanctions may be useful in seeking to secure and protect human rights, any attempts to single out LGBT rights in this process has backfired as politicians have used this to divert the people’s attention from their own corrupt practices. The government sought to blame the LGBT community for the cuts in donor aid, provoking increased homophobia and threats against known supporters of LGBT rights.

In part for this reason, the public perception of Banda’s motives in saying she intends to decriminalise homosexuality may be more contentious. Some in Malawi and in the region will see her move as bowing to international pressure.

The issue of donors imposing conditions on their aid has long been a bone of contention for African states, but the LGBT issue has spurred new debate. While good governance and respect for human rights should be core standards underpinning donor programmes, many African activists, including international human rights advocates, oppose the use of aid conditionality to promote protection of LGBT communities in Africa.

After British Prime Minister David Cameron threatened to suspend direct aid to repressive governments, especially countries that had laws, policies, and practices that subjected LGBT communities to discrimination and abuse, some African social justice activists wrote to him expressing their disapproval, saying:

“The imposition of donor sanctions may be one way of seeking to improve the human rights situation in a country but does not, in and of itself, result in the improved protection of the rights of LGBTI (lesbian, gay, bisexual, transgender and intersex) people. They tend, as has been evidenced in Malawi, to exacerbate the environment of intolerance in which political leadership scapegoat LGBTI people for donor sanctions in an attempt to retain and reinforce national state sovereignty.”

But Malawi, South Africa, and others should stand firm against any effort to reject LGBT rights as human rights.

As Banda acts to rebuild the country’s economy and roll back the recent human rights repression, decriminalisation is an important first step. However, it needs to be accompanied by a real commitment to address public homophobia, and support civil society efforts to promote human rights more broadly — efforts that donors should support.

It will take more than the repeal of the laws to change public perceptions and attitudes. Banda’s efforts will need a holistic focus on rights and civil liberties for all Malawians, including LGBT individuals. Forming strategic partnerships with civil society organisations to prevent all form of discrimination — including on the basis of sexual orientation — will not only circumvent homophobic sentiments but also promote greater public participation and ownership of the reform process.