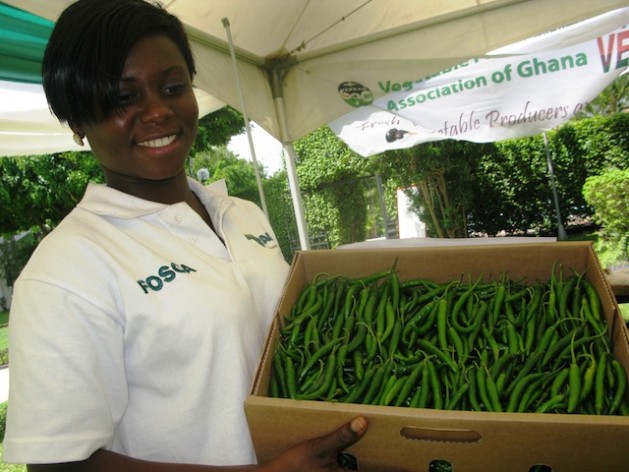 “Africa needs to focus on developing strong arguments for COP 18 and beyond based on clear evidence,” climate change and finance expert, and chief executive of OneWorld, Belynda Petrie, told IPS *. The 18th Conference of Parties or COP 18 will take place in Doha, Qatar in late November.

Progress on climate change talks will only be measured by how much pressure developing countries can exert on developed nations to agree on a binding outcome in Qatar.

The last climate change talks held in Durban, South Africa in November 2011 ended with an empty Green Climate Fund, which is intended to direct funding for developing countries to cope with climate change.

According to the U.N. Framework Convention on Climate Change, poor countries will need nearly 60 billion dollars a year by 2030 to adapt to climate change. Though the World Bank estimates the figure to be between 20 to 100 billion dollars.

The Green Climate Fund was agreed to in Copenhagen in 2009 and commits to making available 100 billion dollars a year by 2020 for mitigation and adaptation activities in developing countries. However, it is still not clear where the money for the fund will come from.

“COP 18 alone is unlikely to yield major outcomes on climate finance. There is simply not enough time between decisions made during COP 17 in Durban and COP 18 to see major progress by then,” Petrie told IPS.

The answer to the question of funding is particlarly pertinent for developing nations, especially those on the African continent.

The U.N. Intergovernmental Panel on Climate Change has said that the continent is “highly vulnerable to the various manifestations of climate change.”

As a result, the panel says, Africa faces food insecurity from declines in agricultural production and an uncertain climate; vector- and water-borne diseases, especially in areas with inadequate health infrastructure; it is vulnerable to sea-level rise and; will see the exacerbation of desertification.

The panel has predicted that Africa’s warming trend would be 1.5 times more than the global trend, with Southern Africa expected to be about three to four degrees warmer by the close of the century as a result of climate change. In addition, the panel predicted that the African continent would experience increased water stress by 2020.

The outcome of the U.N. Conference on Sustainable Development or Rio + 20 summit, held recently in Brazil, has triggered mixed reactions as it had no relevance for climate change negotiations, and the effects of climate change across Africa.

The Africa Progress Panel has said that the lack of commitment to defined and measurable sustainable development goals is a profoundly disturbing outcome. The panel consists of 10 distinguished individuals from the private and public sector, who advocate on global issues of importance for Africa and the world. Former U.N. Secretary General Kofi Annan is its chair.

“Fast Start Finance is coming to an end in 2012 and no new and additional money for adaptation post 2012 has been committed yet,” he told IPS.

“There are many things within the Rio document that we do not agree with because they are not pro-poor,” said Mithika Mwenda, the coordinator of PACJA. The alliance plans to exert pressure on African political leaders during the U.N. African Ministerial Conference on the Environment to be held in Arusha, Tanzania in September.

“I think that developing countries in Africa and elsewhere will be able to get more international finance from global funds, such as the Green Climate Fund, if they start to pursue adaptation actions. The more they are able to prove they can actually do it, the more they are likely to attract in global finance.”

Though this raises another contested issue – how the World Bank and the international community select projects for climate change financing.

Mwenda said that existing projects do not have a direct impact on the majority, and the poor.

“In Africa, we have major projects such as the Olkaria Geothermal power project in Kenya; the Medupi power station in South Africa; the Clean Development Mechanism Fertiliser plant in Egypt among others. All these projects are mitigation projects. But they do not have a direct impact on small communities that are highly affected by climate change and need to adapt to its impact,” said Mwenda.

He said that the African group was keen to see funding for small adaptation projects that directly targeted communities.

Meanwhile, Petrie told IPS that developed countries, which are largely responsible for climate change, should make available finance for adaptation in Africa in the form of grants or soft loans.

She said that the negotiators of developing countries should ensure Africa’s easy and direct access to the Green Climate Fund.

“The negotiations are about creating ease of access, but at the same time those providing the sources of finance, for example, donor countries, will insist on stringent requirements,” said Petrie.

“It is our job as Africans too ensure that there is transparency both on developing and developed country sides and that the requirements are the most appropriate to a given situation. We also need to get our house in order and prepare ourselves for direct access.”

Dr. Dennis Garrity, the Drylands Ambassador at the U.N. Convention to Combat Desertification, supported the move by the civil society, and said that Africa’s hope post Rio+20 lies with the people.

“The world is generating ways in which organisations and movements can have influence in forcing decisions, and they need to exercise such powers in order to bring change,” he said.

*Additional reporting by Isaiah Esipisu in Nairobi.  This article is one of a series supported by the Climate and Development Knowledge Network.