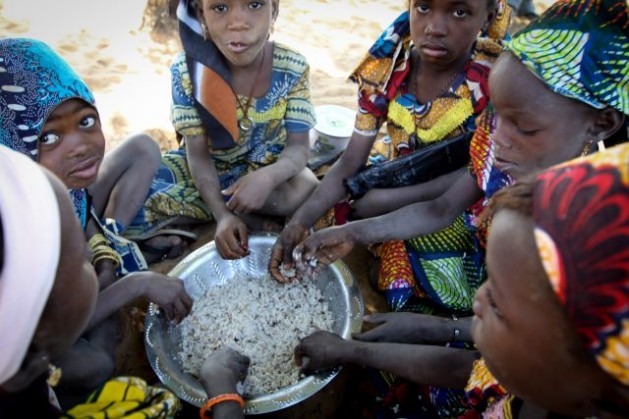 UNITED NATIONS, Jul 25 2012 (IPS) - Global funding for humanitarian aid interventions saw the biggest shortfalls in 10 years in 2011, according to a new report, raising questions about the international community’s ability to meet a 20-percent greater need for 2012 driven by drought and conflict.

The launch of the 2012 Global Humanitarian Assistance (GHA) report last week coincided with the release of new mid-year data by the U.N. that scaled up earlier projections of humanitarian needs from 7.9 billion to 8.8 billion dollars for 2012.

The GHA report by British aid monitor Development Initiatives (DI) highlights a changing humanitarian aid landscape in the wake of 2010’s earthquake in Haiti and massive floods in Pakistan.

While needs for humanitarian aid dropped in 2011 – from 74 million people requiring assistance in 2010 to 62 million in 2011— the international community was still less able to meet global needs.

The year 2010, in particular, was a watershed year for humanitarian aid, with the Haiti earthquake and the mega-floods in Pakistan driving a record annual total of 18.8 billion dollars in contributions from the international community, compared to 15.3 billion the year before.

While the gap between needs and funding is widening, the sector overall has shown remarkable resilience compared to the total decline in Official Development Assistance (ODA), according to Lydia Poole, author of the report and leader of DI’s Global Humanitarian Assistance (GHA) programme.

“The positive aspect of the report is certainly the increase in private funding,” Poole told IPS, “and the fact that private funding does seem to be very responsive to peaks in need.

“Private funding also didn’t drop as much in 2011 as we might have expected.”

Private funding increased 70 percent in 2010, and, like humanitarian funding overall, stayed above 2009 levels in 2011.

While the widespread international attention to the 2010 natural disasters in Haiti and Pakistan set new humanitarian aid records, it also caused a significant shift in the allocation of funds that left other countries proverbially dry.

Chad and Nepal, most significantly, each saw aid cuts of at least 30 percent in 2010 — examples of the invisible losers in the shift of aid that assigned 50 percent of funding to the top three recipients only, data reveals.

In the 10 years prior, only about one-third of all humanitarian aid went to the top three crisis countries, with the rest being distributed among a large number of other countries.

More starkly, front-runner Haiti in 2010 received more than double the assistance of any top-ranking recipient in any previous year.

“It certainly doesn’t correspond with the good humanitarian donorship principles of not funding one humanitarian crisis at the expense of another,” according to Poole.

She specifically pointed to the effects on the Horn of Africa crisis, which took on devastating dimensions in 2011.

Regardless of early warnings about the impeding drought in the region, “the net effect was that there wasn’t enough donor funding for organisations (in the Horn of Africa) who were ready and could have prevented suffering and saved many lives had they received the funding to do so,” Poole said.

Resilience continues to take a backseat

Natural disaster and conflict continue to be main drivers of humanitarian crises, the report affirmed.

Yet only four percent of humanitarian aid funds was spent on disaster prevention and preparedness between 2006 and 2010, the report shows – well under the 10 percent targeted.

“There is a lot of rhetoric and debate about investing in resilience at the moment, and I think donors are really still figuring out what that means,” said Poole.

“In many of the humanitarian crises, the causes of the crises are related to insecurity. So there really isn’t a lot that humanitarian aid alone can do.”

To properly address the issue of prevention, the current debate ought to involve a wider group of actors, according to Poole, including national governments, the development sector and peacekeeping.

The report also mentions the difficulties of local NGOs and civil society organisations – which tend to be the first-responders in times of crisis – to access international and government funds once disaster strikes.

This finding was echoed by NGO Humanitarian Response Advisor Manisha Thomas, during a side event of the U.N.’s Economic and Social Council (ECOSOC) on Jul. 20, sponsored by the government of Haiti and the International Organisation for Migration.

For one, many international NGOs are hesitant to partner with local organisations due to a fear of losing visibility and thus donors, Thomas said.

“Unfortunately, unless you fly your NGO flag, a lot of donors are not going to fund you,” she said.

There needs to be a discussion on the donor side about funding international organisations to partner with local actors, she stressed, as well as ways to get money to local and national NGOs directly.

“In an era of financial austerity… there is a financial argument to be made that national and local NGOs are much more efficient in terms of cost at delivering humanitarian response,” said Thomas.

While the GHA report currently does not capture much of the qualitative side of aid funding, Poole hopes that the International Aid Transparency Initiative will enable better data and monitoring in the future of how funds are making it to the ground.

“Because it’s a largely supply-driven system, we currently know what money donors are pushing out the door, but we don’t necessarily know how it flows through the system,” she said.

Unfolding major crises in the Sahel and conflict in the north of Mali have driven the total number of people needing assistance up from 51 million to 62 million worldwide in 2012.

A recent mid-year review of the U.N.’s Consolidated Appeals Process (CAP) shows 45 percent of the required funding has so far been received.