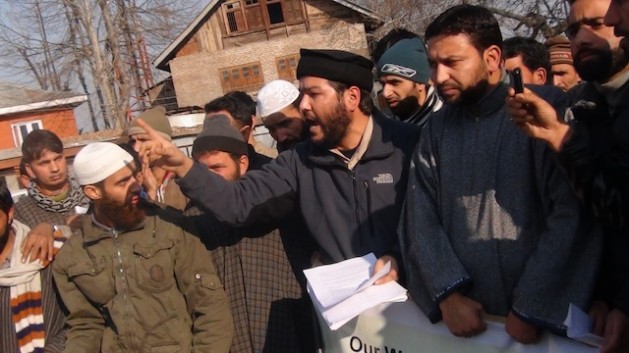 SRINAGAR , Oct 30 2012 (IPS) - Bashir Ahmad Malik was flabbergasted when a helicopter carrying an Indian official from Kashmir’s summer capital of Srinagar landed in his resident Drang village, just 17 miles away from its point of departure.

The 41-year-old local, whose village is devoid of basic amenities like clean water and electricity, could not reconcile Chief Minister Omar Abdullah’s extravagance with the woes of Kashmir’s mostly rural population who are struggling to survive.

“Since I am part of the Right to Information (RTI) movement, I decided to file an RTI application to (get details) of the costs of the chief minister’s helicopter sorties,” Malik told IPS.

He first submitted his request for information with the chief minister’s office in June 2011 but didn’t receive a response, prompting him to file a complaint in Kashmir’s State Information Commission (SIC), constituted under the RTI Act of 2009.

Thanks to the empowerment of information commissions across India, Malik’s complaint yielded rapid results: within days he was informed that the chief minister and some of his cabinet colleagues had spent 120 million Indian rupees (2.5 million dollars) on helicopter sorties in just three years.

This expenditure is particularly significant when viewed in contrast to the basic needs of Kashmir’s citizens.

According to the official Economic Survey of 2011, 35 percent of the state’s inhabited areas are not connected to roads. The Valley’s only tertiary hospital, Sher-i-Kashmir Institute of Medical Sciences (or SKIMS), which caters to a population of six million people, faces acute shortages of the most basic medical supplies.

“We have just 10 ventilators when we need at least 25,” Dr. Showkat Zargar, director of SKIMS, told IPS.

Early this year, as many as 378 babies died in the G B Pant childcare hospital in three months, because of a shortage of ventilators and warmers.

Though Malik was not aware of the full impact of his actions at the time, news of his bold move traveled swiftly across the state of Jammu and Kashmir.

The chief minister and his cabinet have since been forced to take bumpy car rides to far-flung destinations, at least on some occasions.

Meanwhile, despite hurdles, villagers throughout Kashmir are now using the RTI mechanism to expose corruption at all levels of the government bureaucracy, though many of those found guilty manage to evade punishment.

In August this year, a sarpanch (village head) was made to refund half a million Indian rupees (10,000 dollars) of public funds that he had swindled from a rural housing development project, after Fayaz Ahmad Wani, a local villager, exposed the scam by filing an RTI application with the block development officer.

“I am so happy that my RTI application brought justice to myself and my fellow villagers,” Wani told IPS.

Before the implementation of the RTI Act in India in 2005 and in Kashmir in 2009 – which stipulates that public officials and authorities must respond to requests for information within 30 days – ordinary citizens had no channel through which to demand transparency in government decisions or transactions.

Prior to 2009, information was restricted by various laws including the Official Secrets Act (OSA) of 1923, “which is continuing even after the British left the sub-continent,” Dr. Showkat Hussain, a law professor at the Central University of Kashmir, lamented to IPS.

“Under the official OSA, which allegedly deals with cases of ‘espionage’, sentences (for so-called anti-national activity) range from three to 14 years,” Hussain said.

He recalled the case of the Delhi-based Kashmiri journalist, Iftikhar Gilani, “who was booked under the OSA in 2002 and finally only released after a sustained campaign by human rights activists determined that the charges against him could never be proved.”

According to Hussain, the RTI Act is the best antidote for draconian legislature like the OSA, since it  “empowers ordinary citizens and gives them the courage to take on bureaucrats and politicians”.

This past April, officials in the Kupwara district announced the completion of post-flood repairs on several irrigation channels, in a project that cost the state 2.6 million dollars. When a local RTI activist drew attention to possible corruption in the scheme, inspectors found that not  a single one of the alleged repairs had been carried out on the site.

But the Act is contingent upon the government following its rules and guidelines.

Early last month, State Information Commission (SIC) officials and social activists in Kashmir accused the Omar Abdullah government of weakening the law by skirting and amending it at will.

Recent government amendments have “taken the soul out of the Act and swept away our powers,” SIC Commissioner Ghulam Rasool Sofi told IPS.

“The old rules provided (guidelines) for the structure and functioning of the information commission such as division of labour and working hours. The new rules delete all these provisions,” Raja Muzaffar Bhat, one of the pioneers of the RTI movement in Kashmir, told IPS.

“The move (goes) against the basic spirit of transparency. This has been done just to stop the commission from exercising its powers.”

The Commission has also been divested of its judicial powers. “Repealing this rule means officials can simply ignore the summons and directions of the commission,” Wajahat Habibullah, former chief information commissioner of India, credited with drafting Kashmir’s RTI Act, told IPS.

Bhat says that the Kashmir government has never displayed a positive attitude towards the RTI Act.

“Despite the fact that the Act has been in existence for three years, the government is yet to obey one of its most basic rules, which requires every state authority to computerise its records and pro-actively publish certain categories of information so that citizens need only (go through the minimum channels) to request that data formally,” he said.

According to Pervez Imroz, a noted human rights lawyer, the new rules are silent about implementation of SIC orders and appeals. “The old rules made it binding for officials to implement the SIC orders. But the new clause says that citizens must go through the high court to get an order implemented,” he said, adding that this often discourages citizens from pursuing RTI applications.