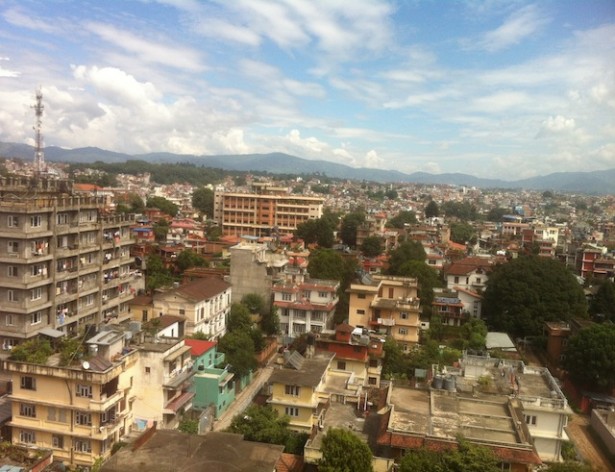 KATHMANDU, Nov 23 2012 (IPS) - Nepal now ranks 11th on a list of the world’s most earthquake-prone countries, yet it remains one of the least disaster-prepared nations globally.

Two major earthquakes in the last two years, one on Sep. 18, 2011 and the other on Oct. 5 of this year, have failed to spur the government into action.

Over 90 percent of residential buildings, designed by ordinary masons with no input from professional engineers, are considered unsafe.

School buildings suffer from the same problem with an estimated 60 percent of the city’s public schools “bound to collapse”, according to the Asian Disaster Preparedness Centre (ADPC).

The World Health Organisation says that hospitals, too, are highly vulnerable.

According to NSET, over 60 percent of hospitals are at risk of damage in the event of an earthquake measuring anything more than 7.0 on the Richter scale. Most of the country’s 70 blood banks are not earthquake-proof.

In addition, dozens of bridges will also be impacted, thus cutting off crucial supply routes in case of an emergency.

Disregarding all the available data on the urgency of the situation, the government has yet to take serious action on earthquake preparedness.

A lackadaisical attitude towards legislation on preparedness is a major obstacle. A Disaster Management Act has been pending for many years due to political instability in the country.

The Act would help establish a comprehensive Disaster Management Authority that will comprise a professional team of disaster experts, rescue teams, financial resources and equipment.

As of now, the only legitimate body tasked with overseeing disasters like earthquakes consists of a handful of people working in a small disaster unit under the Ministry of Home Affairs.

The number of housing complexes has more than doubled over the last decade, further crowding the already congested city, according to experts.

Given the current population explosion and a boom in unsafe, high-rise buildings, the scale of a similar disaster now is unimaginable.

NSET estimates that an earthquake measuring seven or eight on the Richter scale could destroy over 60 percent of the buildings, kill up to 50,000 people, injure 100,000 and render 900,000 homeless.

While awareness about the possibility of a disaster is high, very little is being done to retrofit houses, schools or even hospitals.

When a 6.9 Richter scale earthquake occurred in northeast India on Sep. 18 last year, its impact was also felt in Kathmandu, causing widespread panic.

People began to flee the city in a chaotic manner, paying no attention to the safety tips that had been disseminated online and aired frequently through the city’s many local radios.

Fortunately, the brief earthquake took place at six in the evening, when all the offices and schools had already closed for the day.

“If it occurred during school or office hours, a lot of people would have been injured and killed as a result of the panic,” Jimee told IPS.

“That was a drill exercise for all the Kathmandu residents on how to act during a (disaster)…let’s hope they have learnt something,” he added.