UNITED NATIONS, Nov 28 2012 (IPS) - Along the borders of modern Europe, migrants have much to contend with, ranging from contradictory and confusing national immigration policies to horrific war zones, which these borders areas are slowly becoming.

Their stories and more are the subject of journalist and writer Matthew Carr’s latest book, “Fortress Europe: Dispatches from a Gated Community”, which takes the reader on a 279-page journey across the heavily debated and pressured border regions of contemporary Europe. 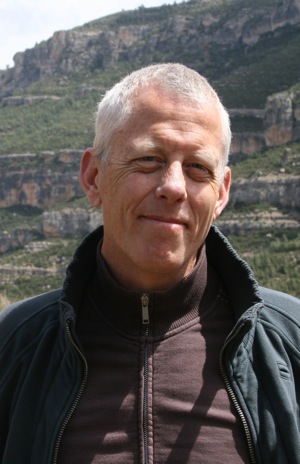 Throughout his research for the book, Carr “heard some very grim stories” and met “migrants trapped in unbelievably vulnerable situations”, the author told IPS as he elaborated on his face-to-face interviews with migrants.

These migrants, predominantly from North Africa, risk their lives to cross seas, deserts and mountains to reach the shores of Europe, a continent they believe will bring them freedom, refuge and a brighter future. Instead, they find hardship in exploitation, deportation, racial discrimination and xenophobia that together amount to violations of their human rights.

Carr spoke to IPS U.N. correspondent Rebecca Hanser about his latest book, the writing process and highlights of his research.

Q: “Fortress Europe” covers terrain similar to your last book, “Blood and Faith”, which covered the expulsion of Muslims from Spain in the early seventeenth century. Why did you choose this topic and what draws you to these themes?

A: The seventeenth century expulsion of Spain’s Morisco minority was an early example of a phenomenon that has often been repeated in European history, in which powerful societies victimise social groups depicted as alien, inferior and incompatible, and attempt to “purify” themselves through violence, persecution and exclusion.

I wrote that book as a “warning from history” in the context of Europe’s obsession with immigration, and the increasingly prevalent rhetoric that represents Muslim immigration in particular as an existential and cultural threat. So writing about migrants, refugees and borders was in many ways a logical progression from that.

Q: You mentioned that it took you two and a half years to complete the research for and write this book. Can you tell us something about this journey? What were its highlights, and how has it changed your life?

Every book you write changes your way of thinking to some extent, and this one is no exception. Travelling around these borders, I constantly heard some very grim stories. I met migrants trapped in unbelievably vulnerable situations. When I first started out on these journeys I was shocked by what I heard, but within a short time such stories became almost routine.

At the same time I was constantly struck by the resilience and strength of many of the migrants I met. And wherever I went I met men and women in non-governmental and solidarity organisations who went to extraordinary lengths to try and help them. Without their help I could never have written the book.

Q: In “Fortress Europe”, you often refer to Europe’s history to describe the atrocities and deleterious situations migrants deal with. Is history is repeating itself in Europe?

A: I wouldn’t say that it’s repeating itself – history never does. But both the European Union and “Fortress Europe” are products of history, and there are certainly some disturbing similarities and continuities between Europe’s current treatment of undocumented migrants and refugees, and the ways in which European societies have behaved in the twentieth century towards minorities and towards certain categories of immigrants and refugees.

A sense of this history can, I hope, help remind us of the dangerous consequences of the current “immigration regimes” – and also fuel a search for more humane and coherent alternatives to these policies.

Q: With the Schengen agreement of 1985, which eliminated internal border controls among 26 of its countries, Europe was extolled, to a degree, for its “borderless policies”. However, your book has shown not only a dark side to globalisation but also of Europe, highlighting human rights violations at its borders. What effects could these practises have on Europe’s reputation?

One of the reasons the architects of the European Union placed human rights at the heart of its political identity was because they wanted to differentiate the new Europe from the catastrophic events of the first half of the twentieth century. Today the EU’s “hardened” border enforcement efforts have helped create situations in which stateless migrants are routinely exposed to death, violence, marginalisation and official harassment.

These consequences are often overlooked or unseen by the general public, but they nevertheless represent a glaring contradiction between Europe’s commitment to human rights, openness and solidarity, and the way these principles are implemented on the ground.

Q: In your book, you mentioned that the Nigerian journalist Emmanuel Mayah went under cover as a migrant in 2010, crossing the Sahara and joining other migrants in overcrowded trucks to reach Spain. Could his example perhaps be the inspiration for a sequel to “Fortress Europe”?

A: Maybe, but I think the story of these Saharan crossings is something that someone else should tell. It’s certainly a very difficult story to tell right now, given the current situation in Mali and Libya, for example, and any journalist who chooses to undertake it would have to be a lot more intrepid than I am – and they would need a lot of luck! But going undercover like that – I don’t think I would be a very successful chameleon. My acting range is rather limited!