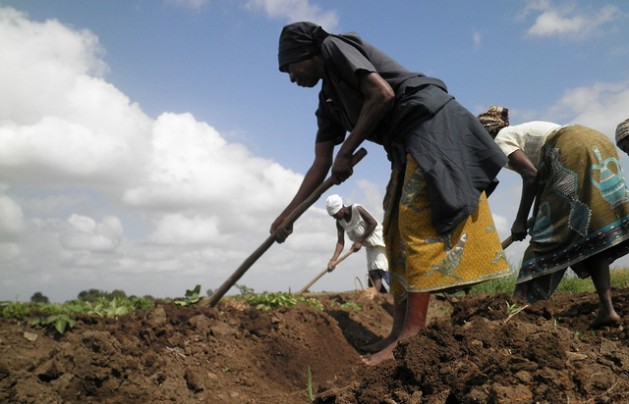 BULAWAYO, Dec 18 2012 (IPS) - Farmers cannot wait much longer for negotiators to reach an agreement on including a work programme on agriculture in the United Nations Framework Convention on Climate Change. And until one is approved, “it will continue to be difficult for farmers to produce the food needed, and at the same time reduce greenhouse gas emissions.”

This is according to Anette Friis from the Danish Food and Agriculture Council and spokesperson for Farming First, a global coalition calling on world leaders to increase agricultural output in a sustainable and socially responsible manner.

“Countries failed to get an agreement on agriculture at this year’s (Conference of the Parties) COP18 in Doha, which means that discussions will not move to the next level and a work programme on agriculture is not foreseen for the near future,” Friis told IPS. A work programme is a blueprint for action.

Friis said that agricultural organisations needed to pressure leaders to ensure that a future COP deal would include agriculture.

She said that discussions on including an agricultural work programme would continue at the next COP in Bonn in June 2013. But this, Friis said, would be without further submissions from parties, which could have informed and moved the process forward.

Farming First is one of 18 leading agricultural organisations that have called for a work programme on agriculture under the Subsidiary Body for Scientific and Technological Advice (SBSTA), an advisory body established under the UNFCCC.

“Progress on negotiations on agriculture in the UNFCCC has been slow and this is why Farming First, together with 18 of the world’s leading agriculture organisations, has issued this call to action,” Friis said.

Such a programme would mandate the SBSTA to research, document and share knowledge of improved agricultural practices to inform decision making around agriculture and climate change. 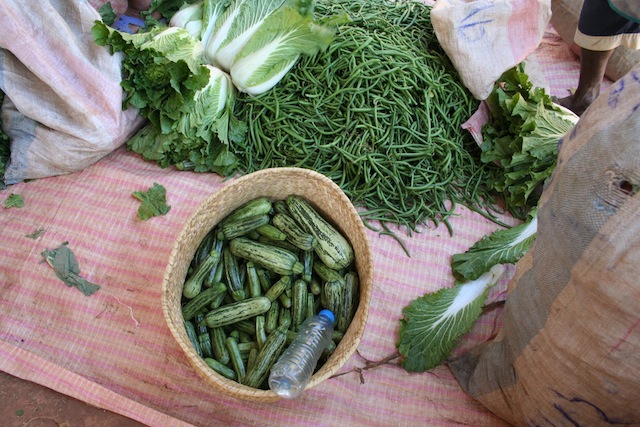 Food security and climate smart-agriculture have underlined the push for an agriculture-specific work programme in the climate change deal, a provision that failed at the COP17 in Durban, South Africa in 2011. However, a decision on including agriculture in the outcome of the COP was adopted for the first time.

“One sentence in Durban in the final agreement. Then a few non-committal sentences at SBSTA in June. This mirrors the UNFCCC negotiations generally. What can one say, but that we are on target for a four-degree warmer world, which is likely to reduce growing seasons over much of sub-Saharan Africa by more than 20 percent.”

According to CCAFS, agriculture and land use change, mostly from deforestation, contribute an estimated one-third of total greenhouse gas emissions. However, an improvement to crop yields since 1960 has already reduced agricultural emissions by 34 percent.

Arguing that farmers around the world are experiencing the impacts of climate change daily, Farming First says the agriculture sector could play an important role in both climate change adaptation and mitigation.

Tracy Gerstle, co-chair of Farming First, told IPS that leaders should support the unique role of agriculture in the global climate change response, as it constitutes a crucial sector in the economies of many countries.

An infographic tracing the history of climate change and agriculture, developed by Farming First and CCAFS, shows that every dollar invested in anticipatory measures for climate change planning initiatives could save up to seven dollars in future relief costs.

However, rolling out better farming technologies requires money, which many developing countries do not have. Global costs of agricultural adaptation are estimated to reach seven billion dollars a year by 2050, according to Farming First and CCAFS.

“Unfortunately, progress on agriculture is slow. Much slower than the urgency to achieve food security,” Campbell said. “A failure in Doha to make advances means we must look elsewhere for progress – we will need enlightened countries, agencies, farmers moving forward by themselves with agricultural adaptation and mitigation.”

Campbell said there were lots of misconceptions about agriculture, illustrating the need for a forum where science can inform policy and practice.

“In an SBSTA forum we need to bring science to bear on the technologies that can ensure food security and adaptation, and also investigate those technologies that can have mitigation co-benefits,” Campbell said. “We have to ensure that whatever is proposed improves the lot of smallholder farmers and the poor – it cannot place additional hardships (on them).”