UNITED NATIONS, Feb 28 2013 (IPS) - As the earthquake in Haiti has proven, even more important than a recognised name or robust physical presence is the quality of services delivered by humanitarian relief organisations. 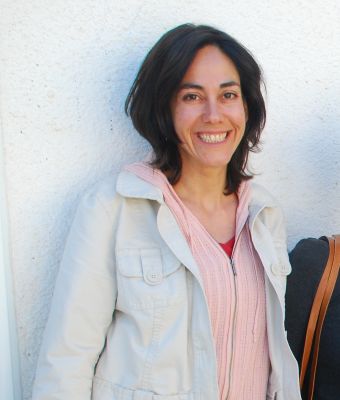 MADRE, a U.S.-based women’s human rights NGO, has been part of the Haiti relief effort since the earthquake and has recently focused its efforts on advocating for legal reforms addressing violence against women.

Executive Director Yifat Susskind spoke with IPS about MADRE’s work in Haiti and the principles and practices that guide their work all over the world. Excerpts from the interview follow.

Q: MADRE places great focus on changing policies and systems, a practice learned from experience with political movements like the anti-apartheid movement in South Africa, which identified the system of Apartheid as the enemy and not white South Africans. Explain the importance of advocacy that targets systems and not people, especially within the realm of women’s rights.

A: It is crucial to question received ideas about who our allies and enemies are. One of the tools of systems of oppression is to divide people up into “us” and “them”. Allowing someone else to tell you who is the “us” and who is the “them” is a poisonous idea. One of the goals of progressive social movements is to establish that “us” encompasses ultimately everybody; there is no “them”.

Focusing on violence against women, we want to work in a way that is inclusive of men and boys, to promote the understanding that human rights is not a zero-sum game, and to put out a vision of the world that is better for everybody so that people are moved to create change. We know that when the needs of women and girls are valued – when they are educated, when they are given economic opportunity, when they are given political rights and access – everyone benefits. The benefits begin at the local level and are ultimately felt globally.

Q: You recently launched a petition with the International Campaign to Stop Rape and Gender Violence to promote legal reforms in Haiti that more strictly prohibit and punish violence against women. Discuss the significance of such legislation to your work in the country.

A: This draft law would change the conversation around violence against women, not just in Haiti but in the region and potentially around the world, because it is an extremely progressive piece of legislation.

We want to work in a way that is inclusive of men and boys, to promote the understanding that human rights is not a zero-sum game.

For example, for the first time ever in Haiti, marital rape, which is not recognised in many legal systems, would be a crime. That is just one of a number of progressive provisions.

This law is the counterpart of our humanitarian aid, violence prevention strategies, rape counseling, and legal referral work, which meet the immediate needs of women who are threatened by rape and violence every day.

We know it’s not enough to be constantly treating the symptoms of the crisis of a rape culture. We also need to do the longer term work of changing the culture, and legislation is one way to do that.

Q: MADRE’s 2011 annual report states, “We accompany our partners through every step of the human rights advocacy process.” Discuss what this process looks like in Haiti and the range of actors with whom you work.

A: In the months after the earthquake, we were part of a monitoring team with our partners in Haiti, involving local grassroots groups as well as human rights professionals, international lawyers, and students.

Because we work in partnership with grassroots groups, run by the women who were themselves displaced by the earthquake and living in the camps, we are able to approach those women and ask, “What do you need?”, which is a wholly different approach than coming into a crisis, as a lot of big international aid groups do, and saying, “Here’s what you need.”

That’s a really important distinction for us. In monitoring, we find a lot of gaps, lapses, and absences of rights being protected, in particular for the most vulnerable populations and especially women and girls. The U.N. guidelines on the rights of displaced people are excellent, but they are rarely implemented.

A big part of our work has been about demanding and creating a space at the table for grassroots organisers, trying to overcome the structural barriers and attitudes that prevent them from being heard in policy-making.

We created a series of interactive workshops that brought to the same forum and on equal footing grassroots women’s groups, big international NGOs, U.N. agencies, court officials, municipal government officials, police, and hospital workers. We also conduct workshops with women in the camps about what actions need to be taken and we figure out how to implement them, because it is not enough to document and register the human rights abuses that are happening.

Q: Have you noticed a change in norms and attitudes within the international community regarding violence against women since the founding of MADRE in 1983?

A: Yes, definitely. When we started, there was not even recognition inside the human rights movement of violence against women as a human rights issue. MADRE and a lot of other organisations had to wage a global campaign under the banner of “women’s rights are human rights”, which now seems like a very obvious thing to say, but certainly was not in 1983.

Now, rape as a weapon of war is discussed at the U.N. and in the halls of government. When we can get powerful people and institutions to at least say that violence against women should be treated as a serious concern, we have leverage with which to hold them accountable.

We used to not have that at all. It used to be that people would come into an international courtroom to talk about rape as a weapon of war and there would be snickering. The work that has been done on these issues has resulted in real changes both in policy and in the lived reality of people on the ground.