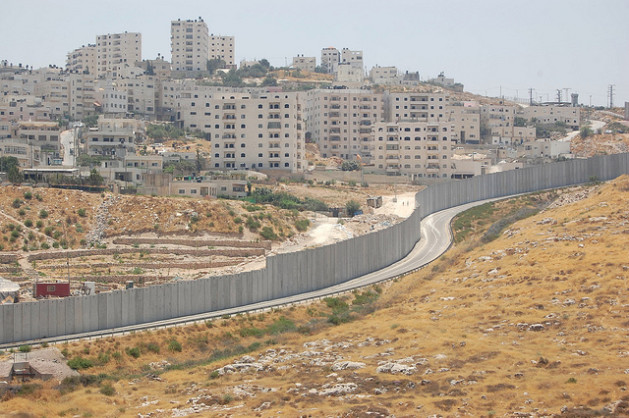 WASHINGTON, Mar 19 2013 (IPS) - With Barack Obama set to travel on his first trip to Israel as president, expectations for a major breakthrough on the long-stalled Israeli-Palestinian “peace process” are low to nonexistent.

The visit, which will take him briefly to the occupied West Bank and Jordan as well, is seen here as motivated primarily by domestic reasons, notably reassuring the U.S. Jewish community and the powerful Israel lobby that his administration’s commitment to the Jewish state is “unshakeable”.

Obama has stated explicitly that he is not going to the region with a plan for restarting the Israel-Palestine peace process.

“President Obama has already announced that he isn’t going to be presenting any peace plan or initiative,” Joel Beinin, professor of Middle East History at Stanford University, told IPS.

“And it would be foolish of him to do so unless he wants to risk once again being embarrassed by Prime Minister Netanyahu. The most evident objective of the trip is to mollify the Zionist lobby. This is of no direct value to the president personally at this point. But it might have some positive impact on Democratic chances in the 2014 congressional elections.”

Aside from shoring up support at home, independent analysts here believe that U.S. and Israeli policies toward Iran and Syria will also figure high in Obama’s discussions with Prime Minister Benjamin Netanyahu, who has just succeeded in constituting a new right-wing government after weeks of negotiations following January’s parliamentary elections.

“President Obama will issue the standard bow that is now the default position of nearly every American administration: ‘We are unequivocally committed to the security of Israel,’” Mark Perry, author and former co-director of the international think tank Conflict Forum, told IPS.

“What Mr. Obama won’t add is the after-the-comma comment that he dare not say in public: ‘We are unequivocally committed to the security of Israel, but we’re not interested in having a war with Iran to prove it.’ And that, and no other issue, will be the centrepiece of talks between him and Netanyahu.”

Perry also believes that Obama will try to bridge the gaps preventing the Israelis and Palestinians from resuming talks, but that Iran will take centre stage in his discussions with Netanyahu.

“The U.S. and Israelis say they are on the same page when it comes to Iran, though that’s clearly not the case,” Perry said. “So while the public eye will be on how Mr. Obama handles the Israeli and Palestinian publics, the real issue that Mr. Netanyahu will focus on will have nothing to do with Ramallah – and everything to do with Tehran.

“In private, my hunch is that the president will press Mr. Netanyahu to implement a series of measures that will give Abu Mazen the political cover to return to the negotiating table. So, yes, there won’t be a breakthrough or a 72-point headline, but I believe Mr. Obama when he says he’s serious about peace. And my hunch is that he will make that clear to the Israeli prime minister.”

The Guardian reports that Netanyahu, believing that Israel and the U.S. will have different views of red lines on Iran and on prospects for restarting peace talks with the Palestinians, will try to persuade Obama to launch air strikes against Syria in order to prevent conventional missiles from being transferred from Syria to Hezbollah in Lebanon. Thus far, no official response to this story has come from either Israel or the United States.

Yet despite the potential significance of this trip for actions on the Iranian or Syrian issues, U.S. officials are working to maintain the low expectations the president has set forth for this trip.

Former U.S. Ambassador Dennis Ross, speaking at the Washington Institute for Near East Policy, said that Obama’s well-regarded Cairo speech of 2009 was perceived in Israel as “coming at their expense”.

“The irony is that this administration has contributed in a very intense way to focusing on security cooperation with Israelis. This trip is designed to blend the realities of that cooperation with the public perception in Israel.”

Administration officials echoed this view. “We felt like this was an important opportunity for the president to go to the region,” said Deputy National Security Advisor for Strategic Communications Ben Rhodes.

“In Israel, we felt that with a new Israeli government coming into place and a new U.S. term here, this is an important opportunity for the president to consult with the Israeli government on the broad range of issues where we cooperate.”

Obama will start his trip in Israel, then meet with leaders of the Palestinian Authority in the West Bank city of Ramallah. He will then return briefly to Israel before wrapping up his trip in Jordan.

Notably, Obama will not be addressing the Knesset while in Israel, opting instead to reach out to the Israeli public by addressing a group of students from major Israeli universities, mirroring his decision in 2009 in Cairo, when he spoke under the auspices of Al-Azhar and Cairo Universities.

Ross believes Obama will also have a message for the Palestinian Authority. “I think the president will tell Abu Mazen (Abbas), if you want to focus on the United Nations, that’s not a road that’s going to lead anywhere, so let’s focus on a road that will lead somewhere.”

The Palestinian Authority last year won a victory at the U.N. when its status was upgraded to non-member observer state. The vote affirmed the status of Palestine as a state and potentially opened the door for the Palestinians to make use of the international legal structure, particularly the International Criminal Court and International Court of Justice. The U.S. and Israel have both warned the Palestinians sternly against any such actions.

Daniel Levy, director of the Middle East and North Africa programme at the European Council on Foreign Relations, believes that the Palestinians should chart a course away from dependence on U.S. diplomacy to resolve the conflict.

“For the Palestinian leadership the Obama visit should be (yet another) occasion for drawing their own conclusions on the need to accumulate leverage independent of U.S. policy,” he said.