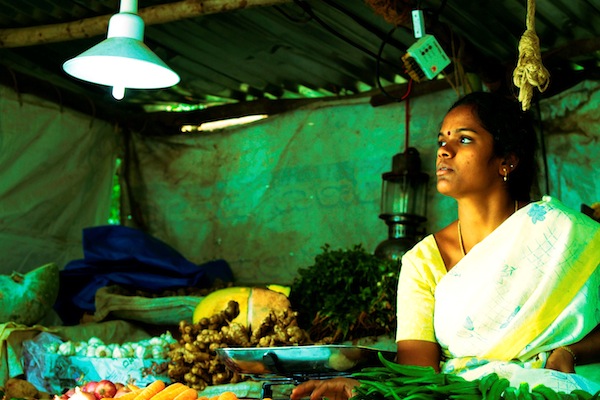 “There is a structural change in the global energy sector underway,” said Ulf Moslener, head of research of the Frankfurt School in Germany.

"Around the world, there is a shift to clean energy."
-- Michael Liebreich

In 2007, developed economies’ investments were two-and-a-half times greater (excluding large hydro) than those of developing economies.

Globally, despite a 12 percent decline in investment, more renewable energy went online in 2012 than in any previous year, the main reason being a 30 to 40 percent drop in the cost of solar energy.

“Around the world, there is a shift to clean energy,” said Michael Liebreich, chief executive of Bloomberg New Energy Finance.

Investors understand that clean energy no longer costs more than fossil energy. As such, there is a lot of excitement about the potential of large-scale projects in wide range of countries.

Nevertheless, investments in clean energy in 2013 would have been higher had governments in Europe and North America not abruptly pulled back from green energy policies.

“No industry has been treated as badly as the clean energy sector, particularly in Europe,” Liebreich said in an interview.

Frequent and sometimes wholesale changes in renewable energy policies create market uncertainty, he said, so investors hold back, waiting for clarity and stability.

Such changes are being driven by polarised politics and a fact-free debate about future energy choices, particularly in the United Kingdom, United States, Australia and Canada. These countries are going to be five years behind the shift to low-cost, clean energy, he said.

Liebreich highlighted Canada’s obsession with its tar sands as good example of a government’s failure to comprehend that future economic success will be based on clean energy sources. “They are not serving the public interest,” he said.

In 2012, China, the United States, Germany, Japan and Italy were the top five investors in renewables. Globally, solar photovoltaic installations reached a record 30.5 gigawatts (GW), while installed wind installations topped off at 48.4 GW – both new records, according the REN21 Renewables 2013 Global Status Report.

In the wake of the Fukushima nuclear accident, Japan is shifting from a nuclear-dependent energy policy and investing significantly in solar, geothermal and wind power.

In the Indian state of Gujarat, a 605 MW photovoltaic solar park, completed in April 2012, is expected to save about 8 million tonnes of carbon dioxide per year. An amount of nearly 1 billion dollars was announced to go towards a 396MW wind project in Oaxaca State, Mexico.

Mongolia has ambitious plans to harness wind and sun to power its future and supply clean energy to China and the region, Steiner said in a press conference in Nairobi.

“Like many other nations, it has seen the logic and the rationale of embracing a green development path,” he added.

An estimated 5.7 million people worldwide worked directly or indirectly in the renewable energy sector in 2012. The bulk of these jobs were in Brazil, China, India, members of the European Union, and the United States, with employment rising in other countries.

The transition from brown to green energy is gaining momentum as more countries, regions and cities realise that the shift is in their best economic interests, offering energy security, among other benefits.

Even the currently stalled U.N. climate talks won’t slow this shift, said Steiner, and a strong global climate treaty in 2015 could spur an increase in investment.

“The financial sector has factored in the glacial pace of the U.N. climate talks. Nothing that happens in that forum will reduce investment now,” said Liebreich.