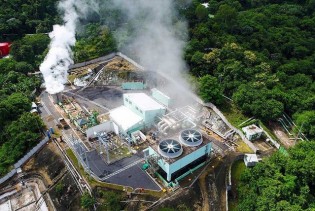 By Ray Smith
An accident in a flagship project threatens the future of geothermal energy in Switzerland. The mishap that was followed by earthquakes has come as a warning that geothermal deep drilling still has a long way to go.

By Julio Godoy, Edgardo Ayala, and Danilo Valladares
A recent agreement between El Salvador and Germany, with the latter supporting two renewable energy projects that would increase installed capacity in the Central American country by 94.2 megawatts by 2013, points to a promising alliance for carbon-free energy.
ADVERTISEMENT ADVERTISEMENT