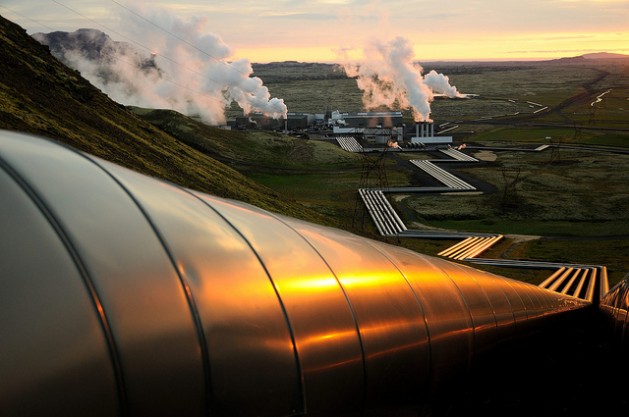 Hellisheiðarvirkjun is the second largest geothermal power station in the world. Iceland is a leader in geothermal energy, but other countries are starting to follow suit. Credit: Jesús Rodríguez Fernández/cc by 2.0

LIMA, Dec 10 2014 (IPS) - Most countries joining the growing list of nations pursuing clean geothermal power have been confronted with a huge financial challenge.

But the director-general of the International Renewable Energy Agency (IRENA), Adnan Z. Amin, said efforts by his organisation to “double renewable energy” and encourage investors have been paying off, including a new effort to promote geothermal in Latin America. 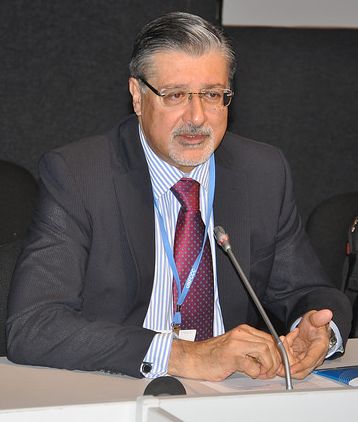 “We have new financing models that are de-risking investment and lowering the cost of capital, which has historically been a barrier to renewable energy,” Amin told IPS, citing financing through green bonds as one recent innovation for renewable energy investment.

“This is changing the expectations of the traditional model of investment where it was always the expectation that developing countries would be asking for multilateral cheap financing to develop their energy sectors,” Amin said.

“That’s no longer true. What is true is that the business case for renewable energy in many of these countries is now fully established, sources of financing are coming on stream and ambitious efforts to reform the legislative and policy framework are taking place, which are opening the market for renewables.”

The proposal for an international agency dedicated to renewable energy was made in 1981 at the United Nations Conference on New and Renewable Sources of Energy in Nairobi.

"The business case for renewable energy in many [developing] countries is now fully established, sources of financing are coming on stream and ambitious efforts to reform the legislative and policy framework are taking place, which are opening the market for renewables.” -- IRENA chief Adnan Z. Amin

IRENA was officially founded in Bonn on Jan. 26, 2009. This was a significant milestone for world renewable energy deployment and a clear sign that the global energy paradigm was changing as a result of the growing commitments from governments.

“The reason that we are much more integrated in the climate discussion now is because energy is going to be a large part of the solution to carbon emissions in the future,” Amin said.

IRENA has set 2030, when the planet will be home to eight billion people, as its reference point for full rollout of renewable energy.

“These eight billion people will demand about 60 percent more energy than we currently have available and at the current rate of emissions if nothing else happens, we will reach the 450 part per million tipping point [of CO2 in the atmosphere] beyond which catastrophic climate change is likely to occur in 2040,” Amin said.

“So we have this small window of opportunity to make serious efforts to control emissions that come from energy systems.”

A new programme designed to support the development of geothermal energy in the Latin American region was launched here Tuesday on the sidelines of the U.N. Climate Change Conference.

Peru’s involvement in the Geothermal Development Facility is part of its plan to achieve 60 percent of its electricity from renewable sources by 2025.

Earlier this year, the Peruvian Government and IRENA cooperated on a renewable energy readiness assessment for the country. The assessment identifies actions needed to further expand the share of renewable energy in Peru, as well as how to better complement rural electrification and improve on-going efforts to support the development of bio fuel in the country.

The assessment determined that Peru’s vast, untapped renewable energy resources could play a key role in securing the necessary energy to fuel economic expansion while preserving the environment. It also highlights the need to prepare for renewable energy integration in transmission-grid expansion plans, particularly so that variable sources like solar and wind power can meet future electricity demand.

With the current share of renewable energy in the global electricity mix at 18 percent, IRENA hopes to see this doubled by 2030.

But an analysis of the plans on the table by all the major companies in the world to see what their current trajectory of renewable investment and decarbonisation is going to be found that they would be on “a business as usual scenario” with only a three percent increase to 21 percent by the end of 2030.

Amin has met with U.N. climate chief Christiana Figueres to discuss the key role of renewables in addressing climate change.

During their talks it was noted that more than 80 percent of human-caused CO2 emissions come from burning fossil fuels for energy. Of that, 44 percent comes from coal, 36 percent from oil and 20 percent from natural gas.

“As such, energy must be our priority in bringing down global CO2 emissions,” Amin said.

“Most Caribbean countries are currently relying on imported diesel for power, which is expensive, price-volatile, and produces CO2 emissions that contribute to climate change,” Gilchrist told IPS.

“Solar energy can solve these challenges in the Caribbean, providing a cleaner and cheaper alternative. Caribbean islands are particularly threatened by climate change and rising sea levels, but at the same time, they have much to gain, as they have abundant solar and wind resources that can provide clean sources of energy.”

Gilchrist said that the high cost for energy on islands, coupled with the falling cost of solar technology, means that renewable energy is already cost-competitive in most Caribbean countries. And he agrees that there are a number of financing mechanisms that eliminate the upfront cost of the technology, creating energy savings from day one.

Meanwhile, an Atlanta-based syndicated columnist, who has written extensively on geothermal in the Caribbean, said geothermal energy could be linked to the United Nations Millennium Development Goals, as a positive factor in fighting poverty in small island states and energy security.