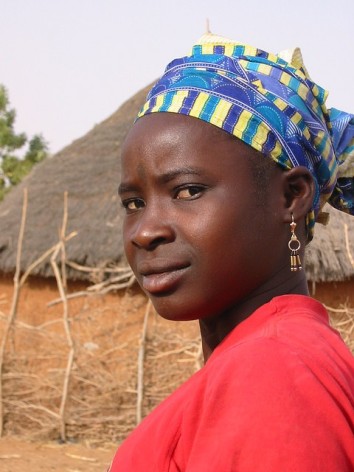 In Niger, 75 percent of girls get married before the age of 18. Credit: Etrenard/CC By 2.0

NIAMEY , Jul 30 2013 (IPS) - For El Hadji Souley Moussa, a 60-year-old retired bank employee in Niger, “marrying off a daughter when she is young is a source of great pride. This way, she is protected from pregnancy outside of marriage.”

It is no wonder that a population and health survey conducted in 2012 by the Ministry of Public Health, and released this July, revealed that 75 percent of girls get married before the age of 18 in this Sahelien country of 16 million in West Africa. According to the study, young girls aged between 15 and 19 years are the most vulnerable.

In 2011 the United Nations Children’s Fund State of the World’s Children report ranked Niger first on its list of countries with a high prevalence of early marriages.

“Socio-cultural pressures, particularly the desire to have a child before the first marriage anniversary often forces the young girl to prove her fertility a few months after marriage.” -- sociologist Salissou Habou

Yahaya Issa, a guidance counsellor at the Ministry of National Education, told IPS that parents who marry off their young daughters usually cite their religion as the reason.

“For us Muslims, marriage holds an important place in our lives,” Aminatou Abdou, 53, a housewife in Niamey told IPS.  She married off her two daughters at the ages of 15 and 16. “It is unacceptable for Muslim daughters to have no husband after puberty.”

Not all Muslims share this view. “There is misinterpretation of the religion. Islam advocates social wellbeing. This is why I am against prematurely marrying off a daughter because this has bad implications for her health,” Malam Issa Dogo, a religious preacher, told IPS.

“Those who marry off their daughters early do so because of ignorance. Islam is a religion which is against lack of knowledge,” he added.

According to Abdou Sani, an anthropology doctorate student at the University of Abidjan, people use religion as a false pretext. The real reasons for these early marriages are ignorance and poverty, he said. “In most cases, these young girls are married off to older people who are financially well-off or have a high social status,” he told IPS.

Early marriages result in early pregancies, which compromises the girls’ future as many do not go to school once they are of marriageable age. Medical sources indicate that 40 percent of young brides fall pregnant a few months after marriage.

“Socio-cultural pressures, particularly the desire to have a child before the first marriage anniversary often forces the young girl to prove her fertility a few months after marriage,” Salissou Habou, a sociologist in Niamey, Niger’s capital, told IPS.

According to 2011 statistics from the Ministry of Public Health, teenagers make up 19 percent of women of reproductive age and contribute 14 percent to the total female fertility in this country.

“Less than 40 percent of teenagers go for antenatal care,” Hadjara Tinni, a midwife based in Niamey, told IPS.

According to Tinni, because young girls fall pregnant before their bodies are mature, they are twice as likely to die during childbirth than women who over the age of 20.

According to the Ministry of Public Health’s 2011 survey, the rate of maternal mortality in Niger is 554 deaths per 100,000 live births – among the highest in the world. Teenagers account for 13 percent of these deaths.

“Survivors often suffer from illnesses such as obstetric fistula,” Hassan Idrissa, another midwife in Niamey told IPS. In April 2013, out of 163 obstetric fistula victims counted in the country’s six healthcare centres, 80 percent were married before the age of 18, the Ministry of Public Health stated.

“We must educate and keep young girls at school in order to put an end to this situation,” urged Hadiza Issoufou, a teacher and member of the Nigerien Association for the Defence of Human Rights.

However, the draft law drawn up in 2002 setting the minimum age for marriage at 18 is still being opposed by religious associations.

“The situation of teenage girls is a major concern, but unfortunately a large segment of the population is ignorant about the problem,” declared Dr. Makibi Dandobi, Nigerien population minister on World Population Day on Jul. 11.