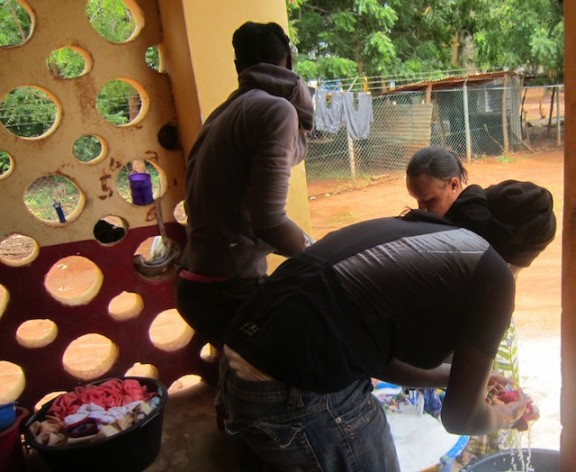 DAKAR, Feb 25 2013 (IPS) - When Abdoulaye Ba heard his local Imam in Dakar, Senegal, speaking out against child marriage, he found that the idea was not very palatable to him. As head of his family, he had intended to marry off his three teenage daughters.

Ba told IPS that he had had “big plans” for his daughters aged 12, 14 and 17. But now he is realising that it might not be the right thing for his children.

He talks about the issue with his Imam, Ibrahima Niasse, from time to time, he said. “I think the more we talk and he puts his arguments on the table, the more I begin to understand that whatever reasons we have for pushing our kids to wed at an early age, they are nothing but a myth.”

Marriage before the age of 18 is a common practice in Senegal, with 16 percent of young women getting married and giving birth before reaching 15, according to a recent report by Senegal’s National Agency of Statistics and Demography.

A “2010 USAID-Senegal Gender Assessment” report, published in April 2012, states that the country ranks 27th out of 68 countries surveyed in terms of girls marrying before the age of 18.

But Niasse has decided to speak out against the practice. “I used to resist change, but now I’m convinced that this practice is indeed evil and has nothing to do with Islam,” Niasse told IPS. “My approach is easy and very friendly, it starts like a family visit and a simple chat, and later we start debating it.”

The Imam is among a growing number of people in this West African nation calling for the abandonment of early marriage, according to Tostan International, a human rights NGO operating in the country.

Asked how his message was being received, Niasse said, “So far, so good. Inshallah, one day they (people) will change (their minds about child marriage).”

By now, some 427 communities in southern Senegal have abandoned the practice, according to Tostan International. But more people like Niasse are needed to spread the message.

“We find that when women, men, children, community- and religious leaders learn about human rights and the rights of all the members of their communities, they lead their own social change.”

In addition to being a human rights abuse, child marriage constitutes a grave threat to young girls’ lives, health and future prospects, according to the 2012 report “Marrying too Young – End Child Marriage” released by the United Nations Population Fund.

Leela* is a case in point. At only 18, she has been married for two years already and has a one-year-old child. Unable to go to school and forced into an early marriage by her family, she feels trapped.

“I don’t like this so-called marriage. But I have no choice, since my parents forced me to marry this older man, who happens to be the son of my aunt. I have no formal education and therefore no future.”

“I feel imprisoned,” she told IPS.

She said her husband prohibited her from befriending girls her age in their area, telling her that the city’s unmarried women are “prostitutes and devils who can easily poison her mind.”

But not everyone is convinced that early marriage is wrong. Aissatou Diakhate, 62, was 15 when she married her cousin.

“What’s the fuss about this so-called child marriage? This is our tradition and culture – something we inherited from our forefathers and which we are merely practicing,” Diakhate told IPS.

“Girls nowadays wear mini-skirts and run after boys, and the next thing, a girl will tell her mother that she is pregnant or infected by some odious disease. It’s better to give her in marriage to someone older who will take care of her and guide her to the way of religion before she shames her parents, and brings dishonour to the family. Is that a sin? We need to be left alone.”

Fairbairn said that consensus to abandon child marriage takes time to build across social networks and must be community-led. Tostan, for one, encourages community members to make a public declaration abandoning early marriage.

“In areas where the decision to abandon child-slash-forced marriage is met with resistance, communities organise outreach with all stakeholders until consensus is reached.”

Niasse is optimistic that more people will change their minds about early marriage, but he is realistic, too.

“This practice has been in our country for many decades, it won’t go away overnight. It will take time.”