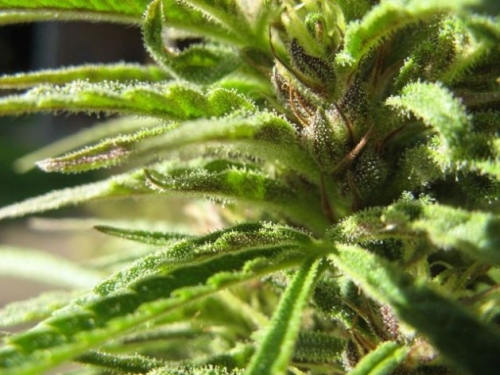 MEXICO CITY/MONTEVIDEO, Sep 27 2013 (IPS) - In Latin America, where marijuana is the most widely consumed illegal drug, there is basically no home-grown research into its effects and properties. But possible legalisation in Uruguay and the Mexican capital could open the door to new studies.

“We can’t close our eyes to serious research in other parts of the world,” Rodolfo Rodríguez, a scientific researcher at the department of pharmacology in the National Autonomous University of Mexico (UNAM) medical school, told IPS.

Rodríguez, who has been studying different psychotropic substances for 45 years, is one of six experts making up the Marijuana and Health Group at the National Academy of Medicine who are completing a theoretical study on the medicinal and therapeutic effects of Cannabis sativa.

One of Rodríguez’s interests is to learn about the drug’s effects in patients with chronic or terminal diseases, such as fibromyalgia, multiple sclerosis, or certain kinds of cancer.

The results of their work, set to come out in October or November, will inform the debate that Mexico City authorities are holding with a view to legalising the medical use of marijuana.

The left-wing city government of Miguel Mancera and the Mexico City legislative assembly are assessing the health, economic and security aspects of legalisation.

“It’s a plant with more than 400 chemical substances and more than 70 cannabinoids,” Rodríguez said. “When it is consumed, the effects aren’t only due to the delta-9 [tetrahydrocannabinol or THC, the primary psychoactive ingredient in marijuana], but to the combination of all of the chemical compounds.”

Marijuana is mostly grown in the western and southern states of Mexico, largely to supply the lucrative U.S. market. Tens of thousands of small and large farmers and rural workers depend on the illegal crop for a living.

It is used by four million people in this country of 118 million, making it the most widely consumed drug, followed by cocaine, according to the health ministry’s National Addiction Survey 2011.

In Uruguay, far to the south, it is also by far the drug of choice, consumed by slightly over eight percent of the population. But almost all of the marijuana used in the South American country is smuggled in from outside, especially from Paraguay.

Consumption and possession of small amounts of marijuana for personal use are not penalised in Uruguay, a country of 3.3 million people sandwiched between Argentina and Brazil.

And the lower house of Congress has approved a draft law that would legalise and put the production, distribution, and sale of marijuana in the hands of the state. It is expected to make it through the Senate shortly and be passed into law, with the votes of the ruling left-wing Broad Front party.

More than 6,000 studies on the properties and effects of cannabis were published in scientific journals from 2010 to 2012, according to NORML, an organisation that advocates the legalisation of marijuana.

Uruguayan biologist Cecilia Scorza, assistant researcher at the Clemente Estable Institute for Biological Research, said “it’s not worth working on something that has been studied for so long, because it would not be original research.

“With marijuana, there can be differences in terms of the quantity of the active ingredient. But it’s always the same ingredient, and the effects are the same too,” she told IPS.

She pointed out that this is not at all the case for the cheap cocaine derivative known in South America as basuco, paco or pasta base, which poses a great potential risk to the user’s health.

The drug’s impact on the region and the lack of scientific research on it have made it a prime focus of studies. “In 2005, we began to research the chemical composition of the drug and its pharmacological effects on the central nervous system,” Scorza said.

But she said it would be original to study the chemical composition of the marijuana that has begun to be produced in Uruguay, “because it would give us a notion of what people will be consuming under the new law.”

The draft law foresees the provision of “information and education that would make it possible, for example, for a person in certain health conditions who consumes marijuana to know that if they use such and such a quantity there is an active ingredient that could provide benefits, but would also have negative consequences,” Olivera told IPS.

To carry out experiments with psychoactive substances, a permit is currently needed from the National Secretariat on Drugs, which only exceptionally makes available a small quantity from drugs that have been confiscated.

Once it is passed, the law will create the Institute for the Regulation and Control of Cannabis (IRCCA), whose mission will include advising the government and providing scientific evidence.

The evidence would involve “all aspects, from the chemical composition of the marijuana that will be sold, to the effects on people, depending on its different uses – medicinal or recreational,” Olivera said.

In addition, the Technical Forensic Institute, the Technical Police laboratory, and the Chemistry Faculty of the University of the Republic are designing a research protocol on the potency of THC and other components of the marijuana that is trafficked illegally today, the director of the Uruguayan Observatory on Drugs, Héctor Suárez, told IPS.

Research on the varieties produced and sold legally would be regulated once IRCCA was up and running, he said.

In Mexico City, meanwhile, even if the medicinal use of marijuana is legalised, patients would not start receiving prescriptions overnight, Rodríguez said.

“We are not prepared for that,” the UNAM researcher said. “We have the knowledge and the infrastructure, but it would imply an educational process in health institutions.”

Treatment with marijuana “cannot be within reach of just any doctor, and learning about it can take months or even years,” he added.