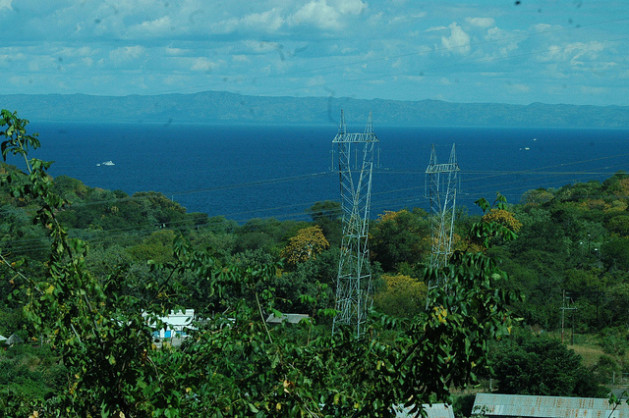 Zimbabwe's power consumption has been growing and the country continues to import electricity to supplement local production. Credit: Michelle Chifamba/IPS

HARARE, Sep 26 2013 (IPS) - On top of a small wooden cabin in Norton, a dormitory town outside the capital of Zimbabwe, is a solar panel that Silvester Ngunzi uses to light up his household.

Amid the darkness that has pervaded his neighbourhood and the rest of the country sometimes for 24 hours a day over the past decade, due to recurring power outages, Ngunzi and others have turned to solar energy – hailed as clean and readily available – as an alternative source of energy.

According to the Zimbabwe Power Company, the leading generator of electrical energy in Zimbabwe, the country has an average power deficit of 600 megawatts (MW) due to obsolete machinery and limited investment in the energy sector.

Energy specialists insist on the need for a clear policy framework that supports the development of clean sources like solar energy.

“Zimbabwe is a developing country which has been struggling with power generation for more than a decade. The country should therefore start exploiting effective and efficient cleaner renewable energies,” energy expert Philimon Nyikadzino told IPS.

For the past decade, Zimbabweans have been facing severe, chronic power outages in which they have become accustomed to darkness in their homes and at work.

“This is by far the best investment I have ever made,” Ngunzi told IPS. “The ongoing power outages make my heart bleed. I have resorted to solar energy for lighting and a gas cooker for cooking. In these desperate times we have to come up with innovative ways to curb the power deficit affecting the country.”

“Candlelit nights have become part of our daily lives as we grapple with our homework in the darkness of the night,” fifteen-year-old Batsirai Muzondo from Glaudina Park, Harare, told IPS.

But Zimbabweans across the country’s four provinces seem to have gradually found alternative ways to deal with the expanding power deficit.

“From the break of dawn to dusk power outages are our daily bread, and the power utility companies seem not to take heed of our plight,” Muzondo added.

Over the last five years, Chinese-made solar panels and diesel-powered generators have slowly trickled into the country.

Shop owners in Harare who sell the solar panels and generators say business has been brisk.

“The solar panels and generators have come as a relief to most Zimbabweans,” Petros Dowani, a businessman in Harare’s central business district, told IPS. “Many informal business people and individuals have invested in the products to address the power challenges.

“When I ventured into the business five years ago, I used to go to China and purchase more than 300 solar panels and 100 power generators every fortnight.”

Welders and hair salons in Harare’s home-based industrial sites, as well as bottle-stores and night clubs in residential areas like Glen View, Warren Park, Ruwa and Mabvuku in Harare have resorted to generators to run their businesses.

Lamerk Mandizvidza, owns a bottle-store and butchery in Warren Park. He says the outages have been affecting his perishable meat business as he can go for almost a week without electricity.

“It is more economical to use generators in place of electricity because five litres of diesel costs less that 10 dollars yet it lasts more than a week. Every month I can use 40 dollars for diesel compared to the 100-dollar electricity bills per month I used to pay,” Mandizvidza told IPS.

Wheat farmers have lamented the continued blackouts that impact their production as they need electricity to irrigate their winter crop. As a result, yields have fallen short in recent years.

“Power outages come at a critical time as most of the crop in the fields will be reaching the flowering stage that needs constant irrigation which uses electricity to power the irrigation pumps,” Poterayi Ngarambi, a resettled farmer in Shurugwi, Midlands Province, told IPS. “Since most of the irrigation water has to be pumped from dams and wells, power outages seriously threaten winter wheat production.”

“It is ambitious for the country and the power companies to come up with innovative ways like solar power to improve the power supply that has been affecting the country,” Harare-based independent economic analyst Rudolf Phiri told IPS.

The Zimbabwe Power Company announced plans in June for a 100 MW solar power project in Gwanda Matabeleland province and Zvishavane, Masvingo province, as part of the efforts to boost the country’s power supply.

According to former energy minister Elton Mangoma, sites for new 100 MW solar projects have been identified in Gwanda in Matabeleland and Zvishavane in Masvingo Province.

The Pilot Public Solar Water Heating System Project was funded by the government of South Korea through the Korea International Cooperation Agency (KOICA) working in collaboration with the Ministries of Energy and Power Development, Public Works, and Higher and Tertiary Education.

KOICA installed two solar water heating systems in the pilot phase, one at the Harare Institute of Technology and another at the United Bulawayo Hospitals (UBH), heating 15,000 and 13,000 litres respectively. The one at UBH also provides space heating for incubators in the maternity ward.

“Zimbabwe is in one of the best solar radiation belts in the world, averaging 2,100 kilowatt hours per square metre per year and 3,000 hours, equivalent to 300 days of sunshine per year. However, this resource is currently under-utilised,” Evans Mushongera, a technological researcher with HIT, told IPS.

“Solar Technology requires that solar energy be produced and stored during the day for use at night and this makes it more expensive. Our situation in Zimbabwe is that electricity is short during the day so there is no need to produce and store,” Mushongera added.