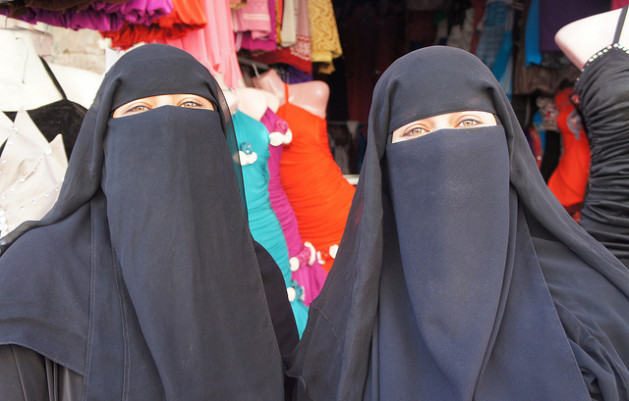 Everyday life for women and girls in Saudi Arabia depends on the goodwill of male guardians at all times. Credit: Rebecca Murray/IPS

As a group of women in burqa wait in line to vote at a polling station in Riyadh, an aggressive-looking polling agent tells the women, “We have a small problem here. We need your driver’s licence as identification.”

The only country in the world where women are still not permitted to drive is in the running for a seat on the Geneva-based Human Rights Council (HRC) for a three-year term, beginning January 2014.

The elections for the four vacant seats in the Asia-Pacific group, based on geographical rotation, are scheduled to take place in the General Assembly Nov. 12. The five candidates in the running are China, Jordan, the Maldives, Vietnam and Saudi Arabia.

Since Saudi Arabia rejected its Security Council seat after being voted into office last week, there is speculation whether it will do the same in the 47-member HRC, if it wins the seat.

Adam Coogle of Human Rights Watch (HRW) told IPS, “Our Geneva team has asked around and no one apparently has heard that Saudi Arabia may not accept the HRC seat. Obviously that doesn’t mean it can’t happen, but we won’t comment on it at this point.”

Suad Abu-Dayyeh of the New York-based Equality Now told IPS that Saudi Arabia, like many countries around the world, needs to make substantial improvements to its provision and protection of the rights of women and girls.

“These fundamental human rights abuses such as the lack of a minimum age of marriage and an effective ban on women driving have been well-documented and are extremely damaging,” she said.

Everyday life for women and girls in Saudi Arabia depends on the goodwill of male guardians at all times – a predicament which utterly limits freedom of movement for the Kingdom’s women and girls and something which needs to be urgently changed, she said.
Recent indications that Saudi Arabia has been making very tentative steps to address this situation are positive, but much more is needed, she added.

“We encourage the Kingdom to use all opportunities for positive engagement as stepping stones towards making transformational advancements in its treatment of women and girls,” she added.

Last week, scores of women defied the government by driving through the streets of Saudi Arabia. According to published reports, the police detained several women drivers and asked them to sign pledges not to drive in the future.

Last week, Saudi Arabia was one of the countries whose human rights record came under the Universal Periodic Review (UPR) undertaken by the HRC.

But HRW’s Coogle told IPS Saudi Arabia’s engagement in its UPR was little more than delivering prepared statements that failed to respond to detailed criticism on its rights record.

“Saudi Arabia took the UPR as a routine foreign policy obligation, not as an opportunity to commit to urgently needed reform,” he said.

In a statement released last week, HRW singled out a litany of human rights violations by Saudi Arabia.

Since the beginning of 2013, Saudi Arabia has convicted seven prominent human rights and civil society activists on broad, catch-all charges, such as “trying to distort the reputation of the kingdom,” “breaking allegiance with the ruler,” and “setting up an unlicensed organisation.”

Joe Stork, HRW’s deputy Middle East director, said many countries have problematic records, “but Saudi Arabia stands out for its extraordinarily high levels of repression and its failure to carry out its promises to the Human Rights Council.”

Despite longstanding reform promises, the government of Saudi Arabia has failed to make substantive changes, said a statement released by HRW. “In particular, it should improve its arbitrary criminal justice system, abolish the system of male guardianship over women, and throw out discriminatory aspects of its sponsorship system for foreign workers, which leave workers vulnerable to abuses including forced labour.”

Saudi Arabia also stands out for its failure to heed the recommendations of its most recent Human Rights Council review in February 2009.

Hillel Neuer, executive director of the Geneva-based U.N. Watch, a strongly pro-Israeli non-governmental organisation (NGO), was quoted as saying, “Making Saudi Arabia a world judge on women’s rights and religious freedom would be like naming a pyromaniac as the town fire chief.”