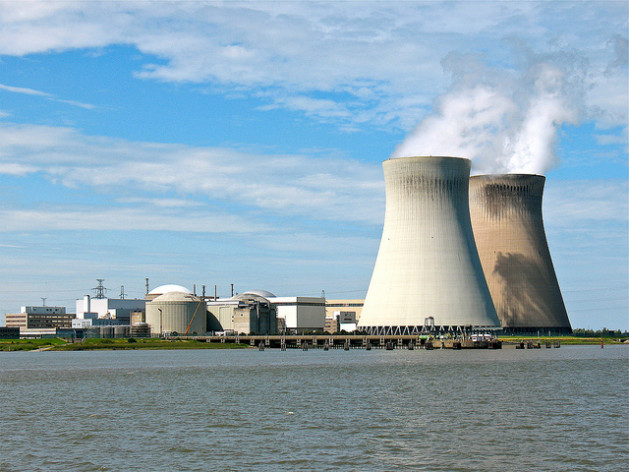 The Japanese government blames the shutdown of its 50 nuclear reactors as the reason why it must revise its target. Credit: Bigstock

WARSAW, Nov 15 2013 (IPS) - Japan announced Friday that it will renege on its carbon emissions pledge, likely ending any hope global warming can be kept to 2.0 degrees C.

The shocking announcement comes on the fifth day of the U.N. climate talks in Warsaw known as COP19, where more than 190 nations have agreed to a 2.0 C target and are trying to close the carbon emission gap to get there.

"It's like a slap in the face of those suffering from the impacts of climate change such as the Philippines." -- Wael Hmaidan

Japan will increase that gap three to four percent with its new 2020 reduction target, according to the Climate Action Tracker (CAT). It amounts to a three-percent increase compared to a 1990 baseline. Japan’s 2009 Copenhagen Accord pledge was a 25 percent reduction by 2020.

“Japan is taking us in the opposite direction,” Marion Vieweg of Climate Analytics, a German climate research organisation, told IPS here in Warsaw.

“Their revision shows the bottom up approach is not working if countries can simply drop their pledges at any time,” Vieweg said.

Climate scientists have long maintained that the 2020 target for industrialised countries should be to reduce emissions 25-40 percent compared to a 1990 baseline. However, even if nations meet their current climate pledges under the Copenhagen Accord, CO2 emissions in 2020 are likely to be eight to 12 billion tonnes higher than what’s needed, according to the U.N. Environment Programme’s Emissions Gap Report 2013.

Japan, the fifth largest emitter of CO2, is just the latest to abandon its international commitments.

While Australia hasn’t officially torn up its reduction pledge, the newly elected Tony Abbott government has gutted nearly all the emission programmes it needs to fulfill its 2020 promise of reductions between five and 25 percent compared to 2000, said Vieweg.

Canada may be the worst offender. Itrecently said its carbon emissions will be 20 percent higher than its Copenhagen pledge. More importantly, Canada’s emissions in 2020 will be 66 -107 percent greater than what’s actually required to do its share to reach 2.0 C.

“There has been no public discussion about this lower target. We are very embarrassed by our government’s decision,” Hirata said in a press conference here.

The Japanese government blames the shutdown of its 50 nuclear reactors as the reason why it must revise its target. However, analysis by Climate Action Tracker has found that even with Japan’s current fossil fuel mix it could still reduce emissions 17-18 percent.

More than 200 events and actions will be held in Australia on Nov. 17 to protest the Abbott government’s climate policies, she said.

On Monday at the opening of COP19, Yeb Sano, lead negotiator of the Philippines delegation, spoke emotionally about the devastation caused by Super Typhoon Haiyan. An extraordinarily powerful storm, it was the 24th typhoon to hit the country this year. Many see this as an indicator of climate change and of what is to come.

“I will now fast for the climate. I will not eat during this COP until there is a meaningful outcome in sight with concrete pledges,” Sano said in the opening plenary.

Sano has now been joined by more than 100 people here in Warsaw and more outside.

And in an unprecedented action, Sano launched a public online petition today to call on U.N. countries to take urgent and bolder action to tackle climate change. Within hours, more than 100,000 people had signed on.

“Superstorm Haiyan is a climate nightmare — carbon pollution is driving more frequent and intense storms which are devastating vulnerable communities. New realities require new politics, I urge you to stop the sad tradition of feet-dragging on commitments to cut pollution, and breaking promises on finance,” it reads in part.

Japan’s announcement “is like a slap in the face of those suffering from the impacts of climate change such as the Philippines,” said Wael Hmaidan, director of CAN International.