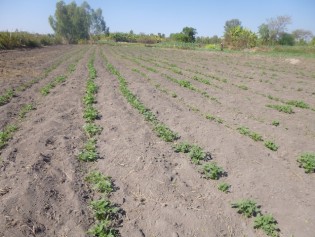 By Stephen Leahy
Energy consumption and production are undergoing fundamental shifts but the world is still on course to a 3.6 degree C hotter climate according a report released during the U.N. climate talks in Warsaw.

By Desmond Brown
For the small island developing states of the Caribbean, there is nothing more important than the United Nations Climate Change Conference taking place here at the national stadium of Poland from Nov. 11-22.