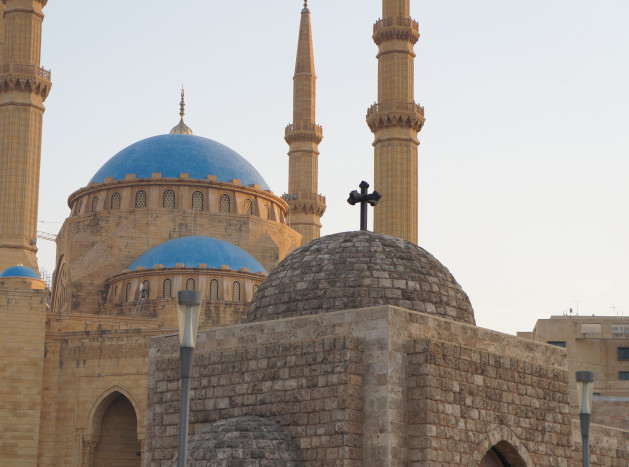 BEIRUT, Nov 24 2013 (IPS) - Married women in Lebanon who suffer abuse at home remain at the mercy of the country’s multitude of religious courts, because the hard-fought civil law against domestic violence has been stalled for a vote in parliament since the summer.

One woman demanding a divorce and custody rights is Aisha, a 24-year-old mother of four originally from the Bekaa Valley, whose abusive husband forced her into prostitution.

Married eight years go by a Sunni Muslim sheikh, Aisha was beaten by her husband repeatedly. He forced her to sell her body in Beirut up to four times a day to fuel his cocaine addiction, she told IPS.

She said she worked through two of her pregnancies, and that her husband, frequently in prison for drug dealing, would take drugs in front of their children, and have sex with other women in their home.

“I had sexual relations with my husband. But there were no feelings,” she said sombrely.

A study of 100 Lebanese women published by doctors at the American University of Beirut Medical Centre this year found that over two-thirds suffered verbal insult by their husbands, while 40 percent had been abused physically.

One year ago, Aisha fled her home. “I wanted a new life because of my children. I didn’t want them to have a mother with a bad reputation.”

She now lives in Beirut with two brothers and suffers from depression. Her husband is recently released again from prison and they take turns seeing their children – the oldest an eight-year-old girl – who are in an orphanage. The children are scared of their father, but Aisha convinces them to see him for fear of retribution.

She is now caught up in divorce and custody proceedings in the Sunni court. Divorce in sectarian courts traditionally favours the husband, and the fathers’ right to child custody age is seven years for a boy, and nine years for a girl. Aisha said her husband is additionally paying off the sheikh to stall their case. “Nothing has happened. In the Bekaa it is a family matter – everyone knows each other.”

To add to her woes, their Bekaa Valley-based court is located in Arsal – a hilltop town on the border with Syria, which has seen recent conflict, and where outside lawyers are reluctant to travel.

Lebanon has 18 religious sects that each dictate rulings on personal status matters like marriage, divorce, custody, alimony and inheritance. For women trapped in violent marriages, religious laws run from stringent, like in Shia Muslim and Maronite Christian courts, which makes it virtually impossible for wives to divorce, to Orthodox and Druze sects which are more lenient.

A study of 100 Lebanese women published by doctors at the American University of Beirut Medical Centre this year found that over two-thirds suffered verbal insult by their husbands, while 40 percent had been abused physically. Most of the women polled said they would not leave their violent marriages for fear they would lose custody of their children, and financial and social support.

The current draft law on domestic violence – approved by a parliamentary subcommittee in July after considerable pressure from activists – importantly turns abuse from a private matter to a public one.

“The main issue is the beaten woman has a right to go to the police and complain, and there are specialised officers in gender-based violence,” said Raghida Ghamlouch, a social worker with the Lebanese Council to Resist Violence Against Women (LECORVAW), which provides psychological counseling and legal services to abused women. “The state will have the right to punish the perpetrator.”

Safeguards for domestic abuse victims, like restraining orders, shelters, and court action are included in the law, but what is not, activists say, is a condemnation of marital rape, and a focus exclusively on the protection of women, and not ‘family members’.

Lebanon’s sectarian system is ingrained in all aspects of social and political life, deepened by the civil war that stretched from 1975 to 1991 and ended with the Taif Agreement, which re-apportioned power in the government. The president is a Maronite, the prime minister a Sunni, and the speaker of Parliament, Shia.

There is no civil law for personal status issues, including marriage. Lebanese have increasingly protested these religious constraints.

Even when sectarian courts rule in favour of wives, implementation can be difficult, as Nicole, a Maronite now in her forties, found. Tortured regularly by her husband with cigarette burns and electric shocks, the mother of two ran away from home ten years ago, ‘kidnapping’ her children. The sect dictates the father has custodial rights of his children from two years of age.

Nicole finally won a divorce, against her husband’s wishes, and fought for custody and alimony payments. But years after she was awarded the sum, her husband still refuses to pay. Nicole remains in hiding with her children, registering complaints with the court.

Eight years of fear and legal wrangling have taken a psychological toll and Nicole is deeply depressed. It is cases like hers that Raghida Ghamlouch is most concerned about. But Lebanon’s political instability has once again put all legislation, and private lives, on hold.

“We are waiting for the law, but we don’t know when parliament will meet.”