BRUSSELS/NEW YORK, Jan 17 2014 (IPS) - The European Union and the United Nations will co-chair a high-level meeting in Brussels on Monday, aiming to mobilise funding to provide immediate life-saving assistance for the Central African Republic. 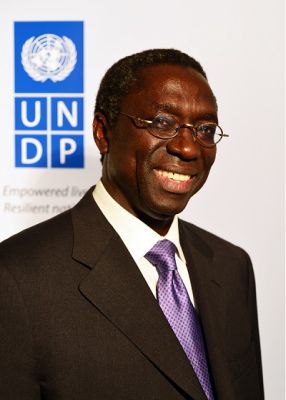 The sectarian violence in the Central African Republic has uprooted nearly one million people and it is estimated that 2.2 million, about half the population, need humanitarian aid.

Drug supplies to clinics and hospitals have been disrupted and public infrastructure such as schools and government buildings has been destroyed. Now, a major food crisis is looming. According to the U.N., 94 percent of communities report that they do not have enough seeds to plant for the next agricultural season.

While fulfilling immediate humanitarian needs is essential, the international community needs to help address the development gaps that led to the crisis in the first place. If it fails to do so, another crisis could soon happen again.

As such, humanitarian action needs to be part of a wider effort aimed at putting the country back on a more robust development path.

The current crisis in the Central African Republic is the result of long-term State failure, chronic poverty and lawlessness, coupled with decades of underinvestment in social services and economic development.

Around 63 percent of the population in the country lives below the poverty line, while long-standing inequalities and competition for power and resources have driven successive conflicts, the latest fuelled by religious identity.

Because various administrations have been unable to implement the rule of law, women, children and other vulnerable groups are at increased risk of violence. By the same token, because people have not been included in local development planning, marginalised and excluded groups feel that violence is the only way.

When the violence subsides, attention must stay focused on measures needed to rebuild essential infrastructure such as water reservoirs, sewers, bridges and local clinics. To that end, public works projects can provide vital sources of revenue for women and men.

Such initiatives can help restore trust and confidence among local communities across ethnic and religious divides, while involving them in the rehabilitation of local administrations.

Addressing human rights and gender-based violence through dialogue and local reconciliation, as well as ensuring disputes are mediated and victims are supported through legal aid and physical protection, can go a long way toward preventing conflict.

In the medium term, because weak governance, compounded by the current power vacuum, is at the core of the problem, there will need to be considerable investments in rebuilding the capacity of the State to deliver basic services to the population, including outside of the capital, Bangui.

This includes creating a functioning judiciary and security corps, including police and gendarmerie units that are able to prosecute crimes. These investments are all the more critical in the lead up to eventual elections in the Central African Republic.

Having worked with donors, national actors and international partners to create a roadmap for the transition of the Central African Republic, the United Nations Development Programme (UNDP) will support the country’s stabilisation through the phased implementation of community security, livelihoods, social cohesion, and reconciliation initiatives.

The current meeting in Brussels presents a unique opportunity for dialogue on how to eliminate the need for humanitarian intervention. If we seize that opportunity, the Central African Republic could be in a much stronger position to finally put its past behind.

Abdoulaye Mar Dieye is director of the Regional Bureau for Africa of the United Nations Development Programme.