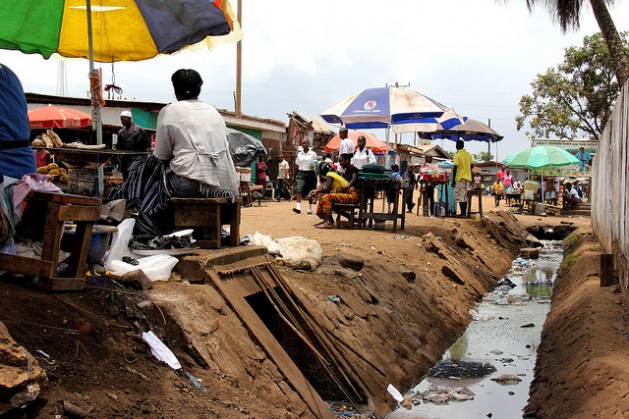 UNITED NATIONS, Apr 30 2014 (IPS) - How will the U.N. prioritise the goals of its Post-2015 Development Agenda? Which goals deserve more funding? And which goals will help the most people? These are the questions that the Copenhagen Consensus Centre (CCC) seeks to answer.

“Right now the U.N. [Post-2015] process is a little bit like going into a very expensive restaurant, and you get this menu, but there are no prices. So you have no idea what you’re signing up for. You have no idea what’s really good and what’s not,” Bjorn Lomborg, president of the CCC, told IPS.

“It means you have a sense of what it is you end up buying. What’s the bang for the buck?” -- Bjorn Lomborg

As the world moves beyond the Millennium Development Goals (MDGs) and into the Post-2015 Development Agenda, member states will need to decide which goals to focus on and the best way to approach these challenges. The current list contains about 1,400 goals, ranging from poverty eradication to disease mitigation.

“What we would like to do is take a look at all of these goals and say, well how much do they cost, how much are they going to do?” said Lomborg. “If money was of no concern we should be focusing on all of these goals, but we clearly don’t have enough money to deal with everything.”

In July 2012, U.N. Secretary-General Ban Ki-moon appointed 27 leaders from civil society, governments and the private sector to the High-Level Panel on the Post-2015 Development Agenda. Based on the panel’s analysis, the CCC has identified around 60 goals to be economically assessed.

The CCC is asking some of the world’s top economists to assess these goals based on how much money they will cost and the impact they will have.

“Were providing the price-tags for all these things,” Lomborg told IPS. “It means you have a sense of what it is you end up buying. What’s the bang for the buck?”

After the economists’ assessment, the results will be given to U.N. agencies and non-governmental organisations (NGOs) to provide further feedback, he explained. This information will then be presented to a panel of four Nobel laureates to be categorised into “bang-for-buck” value groups.

“I think this will help the conversation immensely, not just for member states, but for billions of people,” Lomborg stated. 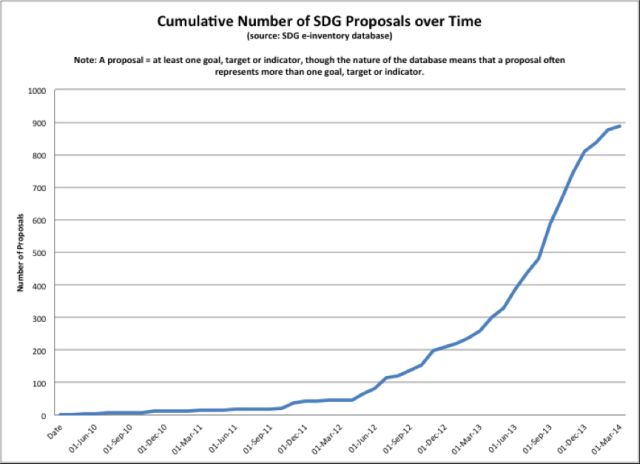 The CCC recognises that choosing and prioritising goals for the Post-2015 Agenda is deeply influenced by political dynamics and national interests.

“At the end of the day, this is ultimately going to be a political decision made among a lot of different people, with a lot of different interests. But we see ourselves as giving tail wind to good ideas, and head wind to bad ideas,” Lomborg told IPS.

During a visit to New York, the CCC met with numerous U.N. member state missions and U.N. agencies. All of them expressed support for the CCC initiative.

“The economic angle is one important perspective, but there could be other criteria as well to determine what should or should not be the goals and target framework,” Peter van der Vliet, deputy permanent representative of the Permanent Mission of the Kingdom of the Netherlands to the U.N., told IPS.

For initiatives aiming to make an impact on U.N. decisions, it is important to recognise that other factors will inevitably influence the formal results, noted Lomborg.

“We welcome this contribution from the Copenhagen Consensus Centre and remain confident that it, along with all ideas and similar initiatives from civil society stakeholders, will enrich the deliberations,” Amina Mohammed, the Secretary-General’s Special Adviser on Post-2015 Development Planning, told IPS.

While the CCC recognises that the numbers from their assessment will likely be “inconvenient” for some actors, and likely not the sole factor in determining actors’ priorities, they also believe that the financial costs of individual goals are important to think about.

“Economic evidence will help push off the good ideas and drag down the bad ideas, and the politics will inevitably also do some of this. But if we can push it in the right direction, that’s all you need,” said Lomborg.

While the magnitude of the Post-2015 Development Agenda brings many levels of complexity to the goal assessment process, it also means that the agenda has the ability to make a serious impact.

“The Post-2015 agenda, you could say, is this generation’s biggest opportunity,” said Lomborg. “This process could end up influencing 700 billion dollars of development aid and trillions of dollars in local resources spent by developing countries.”

For the CCC, because the Post-2015 Agenda is so large, that the impact of even slightly greater efficiency in the way funds are spent would make a serious difference.

“We’re trying to help people move a little bit towards a more rational, effective way of thinking about these issues,” Lomborg told IPS. “I think everybody would agree that there is a consensus on getting a little more information.”