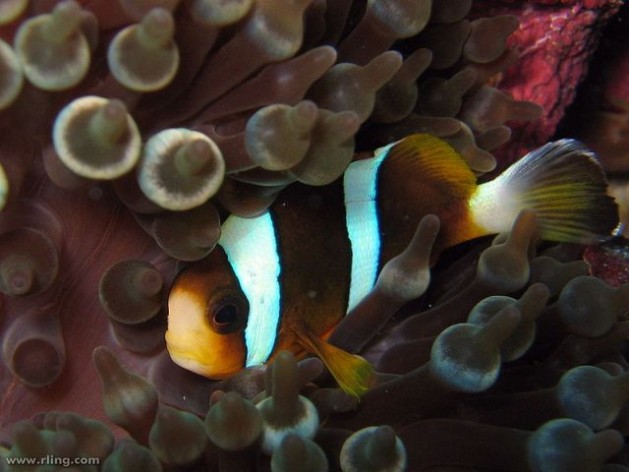 UXBRIDGE, Canada, Aug 21 2014 (IPS) - Increased effort is needed to protect Australia’s iconic Great Barrier Reef, which is in serious decline and will likely deteriorate further in the future, according to a new report.

“Greater reductions of all threats at all levels, reef-wide, regional and local, are required to prevent the projected declines,”said an outlook report by the Great Barrier Reef Marine Park Authority, the government agency responsible for protecting the reef.

“A thriving commercial fishery is gone, so are the dolphins and dugongs.” -- Richard Leck of WWF-Australia

However, the same agency recently approved the dumping of five million tonnes of dredging spoil in the reef region. Scientists and coral reef experts universally condemned the decision.

“That decision has to be a political decision. It is not supported by science at all, and I was absolutely flabbergasted when I heard,”Charlie Veron, a renowned coral reef scientist, told ABC. Veron is the former chief scientist at the Australian Institute of Marine Science.

The Great Barrier Reef (GBR) is one of the seven greatest natural wonders of the world. Visible from space, it is a startlingly beautiful mosaic made up of thousands of reefs, sea grass beds, and islands running 2,300 km along the coast of the state of Queensland. 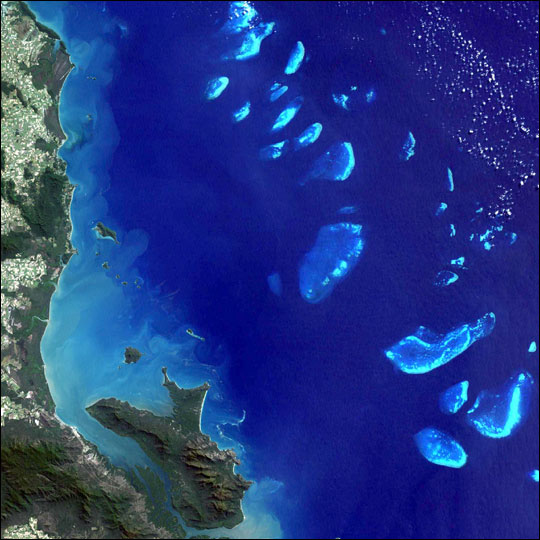 The GBR from above. Credit: NASA Goddard Space Flight Center

In 1981 UNESCO declared the GBR a World Heritage Area, calling it “an irreplaceable source of life and inspiration”. It was home to 10 percent of all fish on the planet. Dugongs and many varieties of dolphins and sea turtles were once abundant.

Although protected as a marine park for decades, more than half of the coral is dead.Without concerted action, just five to 10 percent of the coral will remain by 2020, according to a 2012 scientific survey reported by IPS.

“I’ve worked on the reef for over a decade and those survey results were absolutely stunning,”said Richard Leck, spokesperson for WWF-Australia.

“The GBR is likely the best monitored reef in the world and we’re seeing the impacts of massive coastal development,”Leck told IPS.

In 2010, the Australian government approved four massive liquid natural gas (LNG) processing plants with port facilities at the coal port of Gladstone in central Queensland. Extensive dredging resulted in the dumping of 46 million tonnes of material in the harbour and inside the Great Barrier Reef Marine Park boundaries.

Much of the most toxic dredging material was to be contained inside a huge retaining or bund wall in the Gladstone Harbour. It soon began to fail, eventually leaking as much as 4,000 tonnes of material daily. The impacts have been devastating.

“A thriving commercial fishery is gone, so are the dolphins and dugongs,”said Leck. “Gladstone was a clear failure by state and national governments.”

India’s Adani Group plans to spend six billion dollars to build Queensland’s biggest coal mine, including a new town and a 350 km railway to connect to Port Abbot, near the tourist town of Bowen.

Other Indian miners, along with a number of Chinese mining interests, have locked up an estimated 20 billion tonnes of coal resources in central Queensland. Australian mining companies,including mining billionaire Gina Rinehart’s Hancock Prospecting, are also expanding their operations.

In December 2013, Australia’s Minister of Environment Greg Hunt approved a plan to create one of the world’s largest coal ports at Port Abbot. A few months later, and in spite of strong opposition from its own scientists, the Park Authority agreed to allow five million tonnes of dredged material from Port Abbot to be dumped in the GBR.

“The Park Authority was in a difficult position. Saying ‘no’meant rejecting the minister’s approval of the dredging,”said Leck.

Hunt told ABC TV that he’d conducted “a very careful and deep review”and concluded that “the unequivocal advice we received was: this can be done safely.”

Some dredge spoil is very fine sediment — tiny little particles suspended in the water column — readily dispersed by winds, currents and waves. Over a period of just a few months they can travel 100 kilometres or more, Hughes told IPS.

A recently published modelling study predicts that fine sediments in suspension can spread up to 200 kilometres from coal ports within 90 days. It also measured sediments found in coral reefs in the GBR near another coal port and found high levels of chemicals called polycyclic aromatic hydrocarbons (PAHs) which are associated with coal dust.

Given the perilous health of the reef, which is also facing enormous threats from rising water temperatures and ocean acidity due to CO2 emissions from fossil fuels, Hughes and other scientists are calling for a complete ban on dumping in the GBR or anywhere near it.

The additional threat posed by coal ports and other industrial developments along the coast is so serious that UNESCO warned Australia it would change the reef’s prestigious World Heritage Site designation to a “World Heritage Site in Danger”.

The UNESCO decision is expected mid-2015, which is also when the Port Abbot dredging is scheduled to begin.