Kristen Lyons, a senior fellow at the Oakland Institute and an Associate Professor in the School of Social Science at the University of Queensland, is the author of a new report, The Darker Side of Green: Plantation Forestry and Carbon Violence in Uganda. In this column she argues that while carbon markets are being championed by those who believe that carbon emissions taking place in one part of the world can be offset by their capture or sequestration in another, such markets are actually built on structural violence and inequities. 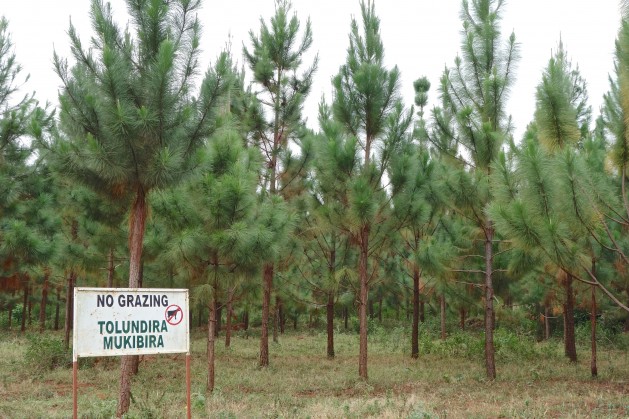 “The darker side of green” – plantation at Bukaleba, Uganda. Credit: Kristen Lyons

BRISBANE, Dec 8 2014 (IPS) - Norwegians know something of life in a climate change world. Migratory birds arrive earlier in spring, trees come into leaf before previously expected, and palsa mires (wetlands) are being lost as permafrost thaws.

Norwegians are currently waiting while geologists try to predict if, and when, Mount Mannen might collapse, destroying homes in its path, after torrential rain in the region. 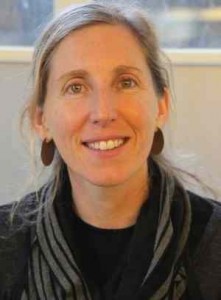 According to the Intergovernmental Panel on Climate Change (IPCC), this will be just the beginning for Norway – and the rest of the world – unless urgent and immediate action is taken to substantially reduce greenhouse gas emissions.

While reducing our dependence on the dirty fossil fuel industries is widely lauded as representing the fastest and most effective strategy to reduce our global emissions, much of the world’s attention – including that of many governments and industry – has been captured by the promise of carbon trade markets.

There are hopes that pricing and selling carbon just might be the magic bullet to solve the crisis, while at the same time generating lucrative returns for investors.

Carbon markets are being established on the assumption that if the ‘right’ price is placed on carbon, private companies and their financial backers will be driven to invest in so-called ‘green’ projects that capture and store carbon, thereby reducing greenhouse gas emissions in the world’s atmosphere.

“Expecting some of the poorest of the poor to carry the social and ecological burdens of monoculture plantation forestry projects for carbon offset is both socially unjust, and ecologically just does not add up”

Carbon markets are championed by those who believe that carbon emissions taking place in one part of the world can be offset by their capture or sequestration in another. Plantation forestry is a key sector in the carbon market, with many projects established in some of the poorest parts of the world, based on the assumption that they will confer benefits to the environment and the local people.

But does all the hype about carbon markets really stack up?

Research on the Norwegian company Green Resources – engaged in plantation forestry and carbon offset on the African continent – raises many questions about who benefits from the carbon market projects. In-depth research over two years in Uganda, where Green Resources has licence to over 11,000 hectares of land, demonstrates how local communities are the losers of such projects.

A recent report, The Darker Side of Green: Plantation Forestry and Carbon Violence in Uganda,  published by the Oakland Institute, contributes to the critical conversation about the role of carbon markets in addressing climate change.

The report identifies profound adverse livelihood impacts associated with Green Resources’ activities, including loss of land and heightened food insecurity, as well as destruction of sites of cultural significance. It also demonstrates the failure of Green Resources to engage in meaningful community engagement with affected villages, so as to deliver positive community development outcomes.

Yet this REDD [Reducing Emissions from Deforestation and Forest Degradation] type project (referring to any project that involves forestry carbon credits), and the audit mechanisms to which it must comply, fail to detect and/or challenge the impacts of Green Resources’ activities.

Nor do they detect the extent to which environmental problems – including land clearing for animal grazing and crop cultivation – may simply be relocated from inside licence areas to other, often ecologically sensitive landscapes.

Importantly too, carbon market audits fail to consider the carbon capture enabled by local agro-ecological and organic farming systems, on which most subsistence and peasant farmers rely.

We are faced with a number of options in reducing global greenhouse gas emissions, something we all know is urgently needed. Despite the promise by many that the magic of climate markets will solve the current climate crisis, the findings presented in the report discard this fairy dust, shining a light on the structural violence and inequities on which carbon markets are built.

Expecting some of the poorest of the poor to carry the social and ecological burdens of monoculture plantation forestry projects for carbon offset is both socially unjust, and ecologically just does not add up. (END/IPS COLUMNIST SERVICE)