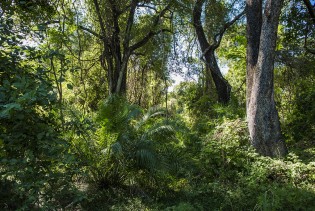 By Amy Fallon
As the ink dries on a 3.6 million dollar agreement between Uganda and the World Bank to support the country's preparations for REDD, some analysts are pessimistic over the mechanism's potential.

By Isaiah Esipisu
REDD – reducing emissions from deforestation and forest degradation – would seem to be a mitigation strategy that perfectly matches Africa's needs.

By Emilio Godoy
Issues related to the ownership of forest carbon and to prior consultation mechanisms threaten to derail plans for the Reduction of Emissions from Deforestation and Degradation of Forests (REDD+) in some countries of Latin America, according to experts.

By Carey L. Biron
Officials at the World Bank are forcefully rejecting a new internal evaluation that is highly critical of the institution’s decade-long forest policy, expressing their “strong disagreement” with some assertions in the report.
Next Page »
ADVERTISEMENT ADVERTISEMENT