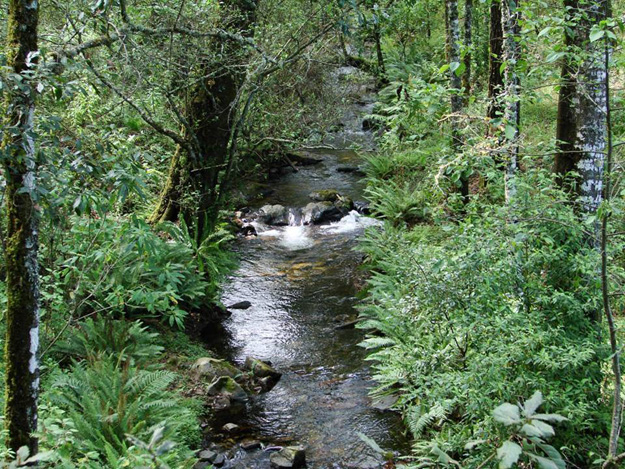 MEXICO CITY, May 25 2013 (IPS) - Issues related to the ownership of forest carbon and to prior consultation mechanisms threaten to derail plans for the Reduction of Emissions from Deforestation and Degradation of Forests (REDD+) in some countries of Latin America, according to experts.

The problems are hindering the design of Mexico’s plan in the framework of the United Nations Collaborative Programme on Reducing Emissions from Deforestation and Forest Degradation in Developing Countries (UN-REDD). In Panama, they have prompted the country’s indigenous peoples to withdraw from the programme.

“The previous government let slip the opportunity of concluding the process for fear of social activism, especially on the part of indigenous people and campesino communities,” Gustavo Sánchez, head of the Mexican Network of Campesino Forestry Organisations (Red MOCAF), told IPS.

The administration of Enrique Peña Nieto, whose six-year term began in December, has not said “whether or not it will adopt the current draft” of the national plan, he said.

“When it comes to the plan, Mexico is the second most advanced country in the Mesoamerican region (southern Mexico and Central America), because Costa Rica is already engaged in consultations, after reaching an agreement between native peoples and the government,” Sánchez said.

REDD+ is a climate change mitigation action plan that currently finances national programmes in 16 countries of the developing South in a quest to combat deforestation, reduce carbon dioxide (CO2) emissions and promote access by participating countries to technical and financial support.

In Latin America the participating countries are Bolivia, Ecuador, Panama and Paraguay, while associate members that have not so far received financing are Argentina, Chile, Costa Rica, Guatemala, Honduras, Mexico and Peru. A total of 46 countries in the developing South are participating.

Mexico’s forested area covers 65 million hectares in the territories of some 2,300 communities, of which 600 manage forestry enterprises, according to the Mexican Civil Council for Sustainable Forestry (CCMSS).

This country of nearly 117 million people emits 748 million tonnes a year of CO2, one of the greenhouse gases responsible for global warming. Close to 16 percent arises from livestock farming, deforestation and other soil uses.

The authorities estimate that 150,000 hectares of forest are lost every year, but environmental organisations put deforestation at over 500,000 hectares a year.

In February, Panamanian indigenous groups withdrew from the pilot programme in their country, saying that the process was disrespecting their right to free, prior and informed consent and their collective right to traditional lands, as well as violating the 2007 U.N. Declaration of the Rights of Indigenous Peoples.

Huertas told IPS that COONAPIP, a confederation of the seven native peoples in this Central American country, will be bringing a lawsuit in an administrative court against the Panamanian National Environmental Authority in a bid to halt REDD+.

Panama, a country of 3.5 million people, is home to some 417,000 indigenous people, according to the 2010 census, living on 16,634 square kilometres, equivalent to 29 percent of the national territory. Indigenous lands are regarded under the constitution as collectively-owned property that cannot be sold.

The crisis of the plan in Panama has fed suspicion in dozens of NGOs and academic institutes around the world that REDD+ does not represent a viable solution for environmental problems.

But it may serve as a lesson for the countries involved in designing the REDD+ programmes.

The study “Legal analysis of cross-cutting issues for REDD+ implementation: Lessons learned from Mexico, Viet Nam and Zambia”, says that “Mexico’s laws do not specify who owns carbon, but we can presume that forest owners and rights holders will be the direct beneficiaries.

“The clarification of land tenure rights is a crucial component of forest-based approaches to combating climate change and defining related carbon rights,” says the study, published May 2 by UN-REDD.

Another report, “Putting the Pieces Together for Good Governance of REDD+: An Analysis of 32 REDD+ Country Readiness Proposals”, published in March, concludes that few countries involved in the initiative “consider specific design options or challenges related to REDD+ benefit sharing, conflict resolution, or revenue management systems.”

However, the report makes the positive point that “most include plans to address these issues as readiness activities move forward.”

Although six REDD+ pilot projects, known as early actions, are under way in Mexico, it is unlikely that the national strategy will be completed this year.

“It is worrying to see the progress made with the early actions, because there is no national core concept, which should have come first,” Sánchez complained. ”Less importance is being given to tenure and rights, and more to measuring, reporting and verifying carbon. More progress is being made on the technical side, but there is no criterion for sustainability.”

NGOs involved in the process will ask the National Forestry Commission for clarity with respect to negotiation of the national strategy, for the settling of critical issues.

In the case of Panama, Huertas said that indigenous people “were demanding that indigenous experts be included on the programme, and that consultations be channelled through COONAPIP. Now we want a suspension of REDD+ based on the precautionary principle, because fundamental rights are being violated.”

The precautionary principle states that when potential adverse effects are not fully understood, the activities in question should not proceed.

The withdrawal of the native communities is being discussed at the 12th session of the U.N. Permanent Forum on Indigenous Issues, being held in New York May 20-31.

UN-REDD is currently carrying out an external evaluation of the Panama national programme.

The UN-REDD study says: “To ensure the successful and equitable distribution of REDD+ benefits, legislation on REDD+ should incorporate clear and harmonised legal procedures and rules, allowing for open participation among actors at subnational and national levels.”