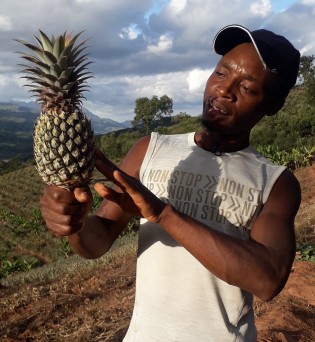 By Miriam Gathigah
More women’s voices are being heard at international platforms to address the post-2015 water agenda, as witnessed at the recently concluded international U.N International Water Conference held from Jan. 15 to 17 in Zaragoza, Spain.

By Kizito Makoye
When Habiba Msoga from Kiroka village, in Tanzania’s Morogoro Region, first began applying a method of rice cultivation that was different from what her fellow farmers traditionally used, they laughed at her.

By Elizabeth Whitman
Abu Waleed isn't quite sure where to begin his litany of grievances. Bugs that chomp their way through the mint he grows, or the dry well that forces him to pump water from a half kilometre away? Or perhaps the 160 dinars he spent on spinach seeds only to see scant growth after planting.
Next Page »
ADVERTISEMENT ADVERTISEMENT