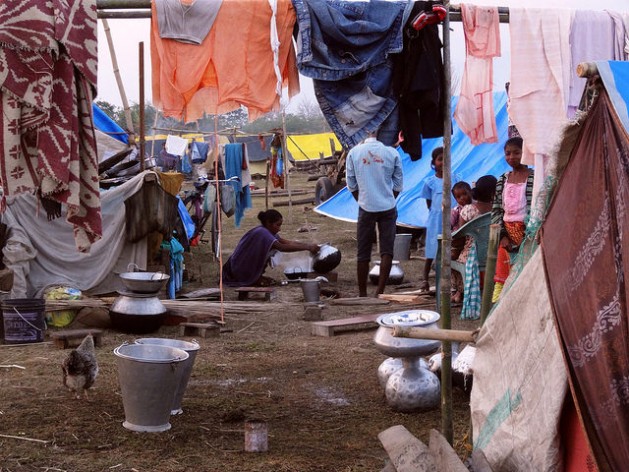 ROME, Jul 29 2015 (IPS) - The world received an important report card last month, in the form of the latest annual Millennium Development Goals Report. The report highlights a number of important achievements, but omits mention that some targets of the Millennium Development Goals (MDGs) were lower than those agreed to at the relevant U.N. international conferences of the 1990s.

Some of the good news is real. Halving the share of the world’s population who are extremely poor during 1990-2015 was achieved well ahead of schedule. But there is more to the story. Upon closer inspection, it is clear that progress on poverty has been uneven across and within regions and countries, with the rapid development of China alone accounting for much of world poverty reduction.

Progress toward most other MDG targets has been more limited. Slower growth for over half a decade, increased economic inequality in many countries and reduced public social provisioning in recent decades, have undermined progress despite growth in average incomes.

Progress, yes, but less than aimed for

According to the World Bank, the global poverty rate at the purchasing power parity of 1.25 dollars/day fell to less than half the 1990 rate by 2010. By 2015, the number of extreme poor had fallen from 1.9 billion in 1990 to 836 million. Both the number and proportion of poor have fallen in every region – including sub-Saharan Africa, where the poverty rate is highest.

Meanwhile, the hunger rate or the prevalence of undernourishment (inadequate dietary energy) has declined by less than half since 1990, from 23.3 percent in 1991 to 12.9 percent in 2014. FAO estimates that 780 million people went hungry in developing countries in 2014, down from 991 million in 1991 — well short of the more ambitious 1996 World Food Summit goal to halve the number of hungry people by 2015.

At the same time, progress in reducing child stunting—a key measure of early childhood malnutrition and its lifelong consequences—has been even more modest. Most areas have seen uneven progress, but in Sub-Saharan Africa, the number of stunted children actually rose by a third between 1990 and 2013.

Since the poverty line was originally defined by the money income required to meet basic needs, including food, it is difficult to understand how incomes could rise to a level that cuts poverty by more than half, while the impact on nutrition has been so much less.

Something similar has happened with employment. The proportion of unpaid family workers and own-account workers in the labour force in developing countries declined to 45 percent in 2015 from 55 percent in 1991.

However, their numbers have increased by almost 200 million since 1991. Meanwhile, almost half of the world’s employed work in vulnerable conditions, with women and youth more likely to be in insecure, poorly remunerated occupations.

Since 1990, 2.1 billion people have gained access to improved sanitation. But the proportion of people defecating in the open has fallen far short of the MDG 75 percent reduction target, threatening the health and nutrition of others, especially children.

The target of halving the population share without sustainable access to safe drinking water was also met by 2010 – with those using an improved water source rising from 76 percent in 1990 to 91 percent in 2015.

The maternal mortality ratio has fallen by almost half since 1990, but well short of the MDG target of 75 percent; only half the countries in the world collect data on maternal death causes.

The global under-five mortality rate has declined by more than half, from 90 to 43 deaths per 1,000 live births between 1990 and 2015. Nevertheless, about 16,000 children under-five continue to die daily in 2015, mostly from preventable causes.

Primary school age children out-of-school worldwide have declined by less than half, from 100 million in 2000 to 57 million in 2015, while the number of children in primary school in sub-Saharan Africa more than doubled during 1990-2012, from 62 to 149 million.

In developing countries, children from the poorest households are four times as likely to be out of school as those from the richest households. As with child survival and other matters, further progress will require concerted reduction of socio-economic disparities.

With the MDGs deadline still five months away, a few more MDG targets may be achieved when monitoring is completed. But much more will need to be done to meet targets on nutrition, public health, sanitation, gender equality, infrastructure, resource sustainability as well as climate change mitigation and adaptation.

Since the Rio+20 conference in June 2012, a new agenda to define goals and targets after 2015 has been taking shape. The new agenda gives greater consideration to environmental sustainability and resource constraints. In mid-2014, 17 goals and 169 targets were agreed to.

Developing a broad, ambitious and universally relevant set of goals to guide world community efforts in the next fifteen years seems done. But as the Addis Ababa Action Agenda has shown, meaningful progress on the ‘means of implementation’ is proving very difficult.

A common vision and a clear agenda, with measurable goals and targets facilitating accountability, are now proven requisites for achieving success. Despite its mixed record, international mobilisation around the MDGs offers valuable lessons to draw upon. It also provides proof that progress is only feasible with the requisite shared political will.