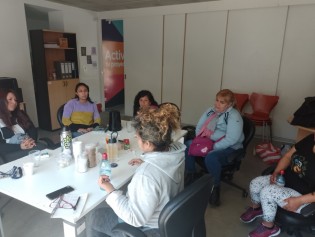 By Daniel Gutman
Between the dimly-lit, narrow alleyways of Villa 21, only 30 minutes by bus from the centre of the Argentine capital, more than 50,000 people live in poverty. It was there that La Garganta Poderosa (which means powerful throat), the magazine that gave a voice to the "villeros" or slum-dwellers and whose members today feel threatened, emerged in 2010.

By Correspondents
Pink, green, blue, red. From a distance, the thousands of brightly coloured houses look like a painting. The observer can’t see the suffering and dangers threatening the residents of the Jalousie neighbourhood – problems that are being ignored by the government, which is spending six million dollars on a massive make-up job.
Next Page »
ADVERTISEMENT ADVERTISEMENT