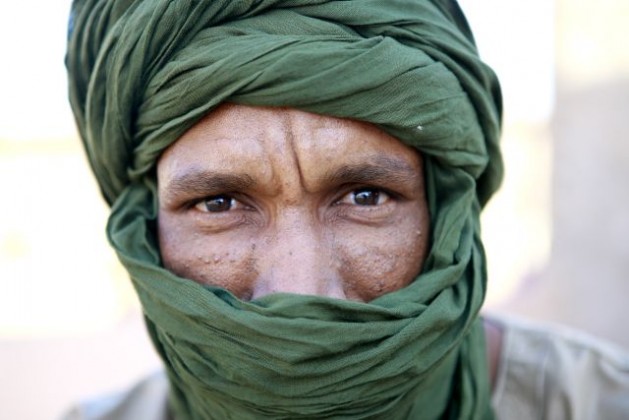 UNITED NATIONS, Aug 18 2015 (IPS) - The United Nations is commemorating World Humanitarian Day with “inspiring” human interest stories of survival – even as the world body describes the current refugee crisis as the worst for almost a quarter of a century.

The campaign, mostly on Facebook, Twitter and Instagram, is expected to flood social media feeds with stories of both resilience and hope from around the world, along with a musical concert in New York.

“Some donors have been very generous and their support is crucial and deeply valued, but it's simply not enough to meet the growing needs.” -- Noah Gottschalk of Oxfam

“It’s true we live in a moment in history where there’s never been a greater need for humanitarian aid since the United Nations was founded,” says U.N. spokesperson Stephane Dujarric.

But as U.N. statistics go, the numbers are even more alarming than meets the eye: more than 4.0 million Syrians are now refugees in neighbouring countries, including Turkey, Iraq and Lebanon (not including the hundreds who are dying in mid-ocean every week as they try to reach Europe and escape the horrors of war at home).

And more troubling, at least an additional 7.6 million people have been displaced within Syria – all of them in need of humanitarian assistance—and over 220,000 have been killed in a military conflict now on its fifth year.

The U.N.’s Emergency Relief Coordinator Stephen O’Brien said “with nearly 60 million people forcibly displaced around the world, we face a crisis on a scale not seen in generations.”

Besides Syria, Afghanistan and Yemen, the humanitarian crisis has also impacted heavily on Sudan, South Sudan, the Horn of Africa, Chad, the Central African Republic, Myanmar and Bangladesh, among others.

Noah Gottschalk, Senior Policy Advisor for Humanitarian Response at Oxfam International, told IPS the international humanitarian system created decades ago has saved countless lives but today, the humanitarian system is “overwhelmed and underfunded” at a time when natural hazards are projected to increase in both frequency and severity at the same time as the world must respond to unprecedented protracted crises like the conflict in Syria.

“Some donors have been very generous and their support is crucial and deeply valued, but it’s simply not enough to meet the growing needs,” he said.

The United Nations and the greater humanitarian system, he pointed out, needs to be reformed to be more efficient and to better respond to needs by supporting local leadership and capacity and funding programmes that help communities reduce the impact of disasters before emergencies occur.

Meanwhile, the #ShareHumanity social media campaign, currently underway, hopes to build momentum towards the first-ever World Humanitarian Summit, scheduled to take place in Istanbul next May.

According to the U.N. Office for the Coordination of Humanitarian Affairs (OCHA), this year’s World Humanitarian Day campaign, beginning Aug. 19, reflects a world where humanitarian needs are far outstripping the aid community’s capacity to help the millions of people affected by natural disasters, conflict, hunger and disease.

Oxfam’s Gottschalk told IPS World Humanitarian Day is an important opportunity to stop and honour the brave women and men who work tirelessly around the world every day to save lives in incredibly difficult circumstances.

He said local humanitarian workers are often the first to respond when a crisis hits and rarely get the recognition, and most importantly, the support they deserve to lead responses in their own countries.

Oxfam has been making a strong push for mandatory contributions from U.N. Member States to fund humanitarian responses, which it says, will provide a more consistent and robust funding stream.

More of that funding should flow directly to the local level, and be allocated more transparently so that donors can track impact and local communities can follow the aid and hold their leaders accountable and demand results, he noted.

Gottschalk said millions of people around the world depend on the global humanitarian system, and this is in no small part due to the committed and compassionate people who are struggling to make the system work despite declining resources and increasing need.

These reforms will make the system more effective and better equip these dedicated humanitarians to save lives and ease suffering, he declared.

The ongoing military conflicts have also claimed the lives of hundreds of health workers, says the World Health Organisation (WHO) in Geneva.

In 2014 alone, WHO said it received reports of 372 attacks in 32 countries on health workers, resulting in 603 deaths and 958 injuries, while similar incidents have been recorded this year.

“WHO is committed to saving lives and reducing suffering in times of crisis. Attacks against health care workers and facilities are flagrant violations of international humanitarian law,” said Dr Margaret Chan, WHO Director-General, in a statement released to mark World Humanitarian Day.

She said health workers have an obligation to treat the sick and injured without discrimination. “ All parties to conflict must respect that obligation,” she declared.